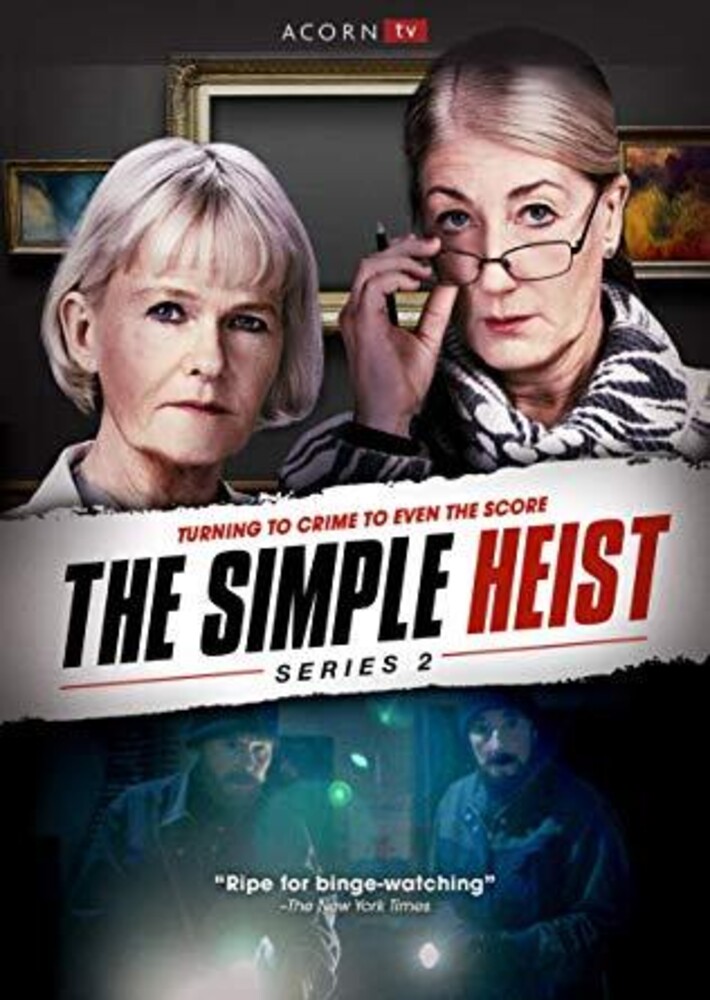 Sweden's unlikeliest thieves plot a new caper as the comedic crime drama returns. Gastroenterologist Cecilia (Sissela Kyle, Miss Friman's War) and teacher Jenny (Lotta Tejle, The Sandhamn Murders) are living comfortably after their successful bank robbery. But when Jenny's daughter is passed up for a scholarship due to sexism and Cecilia's frustration with her job reaches a boiling point, the two friends decide it's time for another heist. The daring duo target a valuable art installation, but stealing and fencing the artwork prove to be greater challenges than they had planned. As they dodge the police, they must also contend with a vengeful biker gang and Jenny's jealous boyfriend. How far will they go to make their crime pay off? Nominated for Best Comedy at Sweden's Kristallen Awards, The Simple Heist shines with droll humor and pointed social commentary.