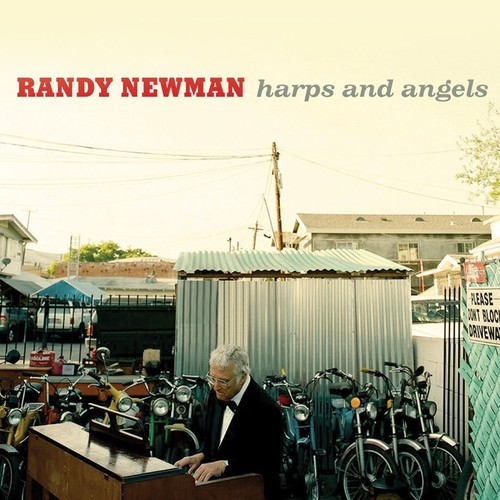 Vinyl LP pressing. 2008 album from the acclaimed singer, songwriter and film composer. Harps and Angels is the 11th studio album by Randy Newman. His first studio album of all new material in nearly a decade is, by turns, hilarious, poignant and scathingly satirical. Harps and Angles often has an easy going Crescent City feel, with Newman on piano fronting a small combo and revealing as Rolling Stone put it after the Carnegie Hall show "his serious love and study of the New Orleans piano tradition." Harps and Angels debuted on the UK Albums Chart at #46. It was made #48 in Q's 50 Best Albums of the Year 2008. The song "A Few Words in Defense of Our Country" was named the sixth best song of the 2000s decade by music critic Robert Christgau.