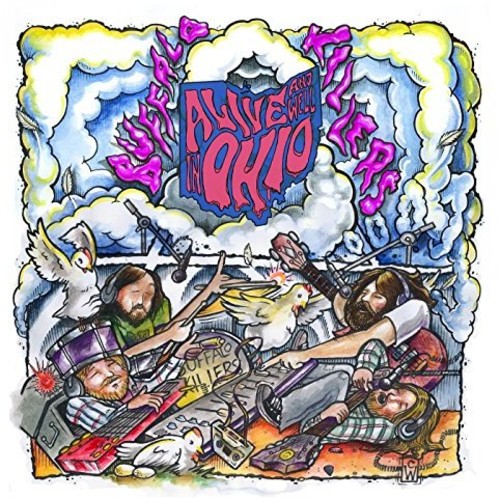 Vinyl LP pressing. The eighth album from Buffalo Killers, Alive and Well in Ohio, was recorded at their Howler Hills Farm analog studio on their own terms. Equipped with only the knowledge they had gained over the years, the band crafted this collection without rules or pressure. Created and produced by songwriting brothers Zachary and Andrew Gabbard, the warm, consciously imperfect, and raw sound finds it's inspiration in seasons of change, life, longing, love, and family. The universal truth that the only constant is change is woven throughout the 12 songs. The album, conceptually, is inspired by the desire to create something homegrown and real. Pull up the faders and you can hear the guys singing, stomping, clapping and bleeding into each other's mics... on their own time, in their own space. They captured the melodies as they emerged. The songs on Alive and Well in Ohio are Buffalo Killers most truthful yet.