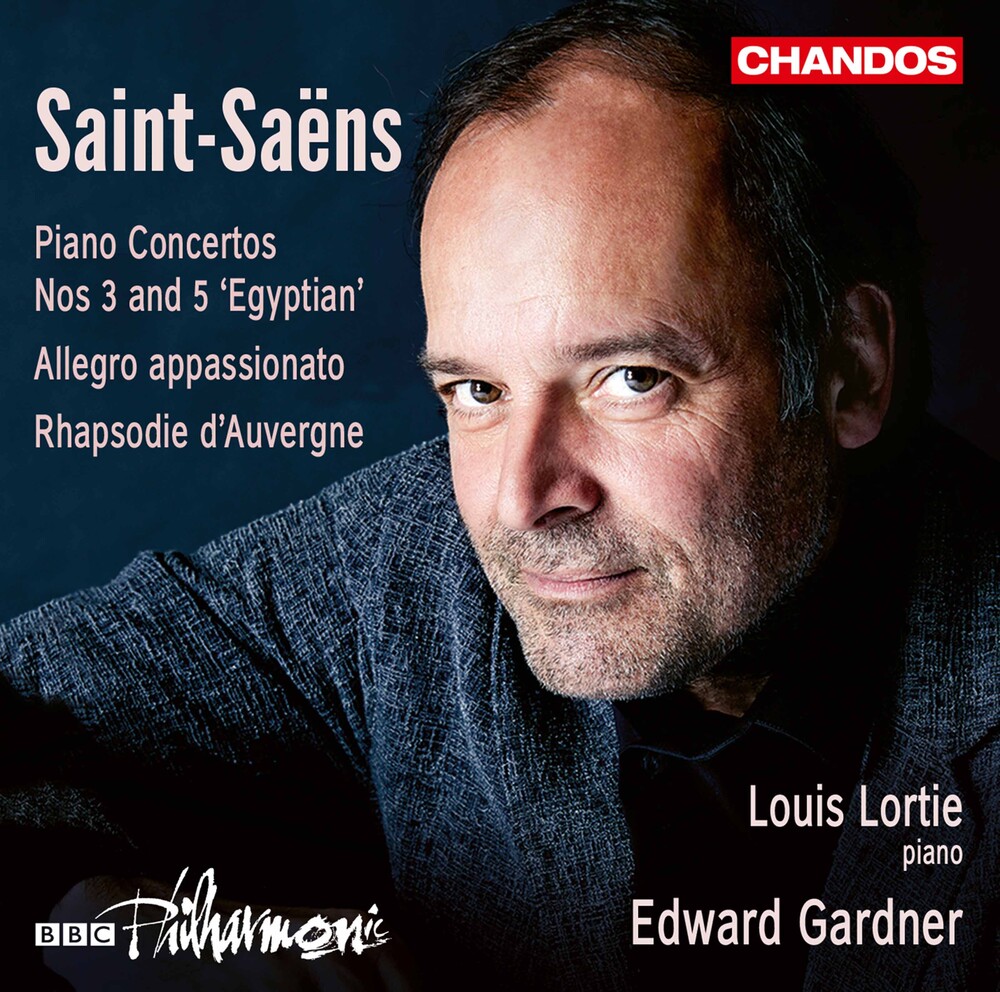 Following the acclaimed release of Piano Concertos Nos 1, 2, and 4 in September 2018, Louis Lortie completes his survey of Saint-Saens's piano concertos with this recording of Concertos Nos 3 and 5, once again with Edward Gardner and the BBC Philharmonic. Composed in 1869, the Third Concerto received it's premiere in Leipzig with the composer at the piano, and met an extremely hostile reception (it even incited punch-ups in the corridors!). Most probably due to the composer's harmonic experimentation, this might also have followed from the stylistic divergence from his (extremely successful) Second Concerto. His final Piano Concerto, No. 5, written some twenty years after the Fourth, was composed largely during his stay in Egypt during the winter of 1885 and spring of 1886. Saint-Saens wrote it to play himself at the jubilee concert celebrating the fiftieth anniversary of his performing debut in the Salle Pleyel. The second movement's initial theme is based on a Nubian love song that he had heard sung by boatmen on the Nile. This, and later the impressionistic evocation of the sound of frogs and crickets, led to the adoption of the nickname 'Egyptian.' Lortie completes the album with two smaller works for piano and orchestra, both from 1884. The Rhapsodie d'Auvergne is an impressionistic evocation of the spectacular part of central France referenced in the title; the Allegro appassionato offers a virtuosic romp for soloist and orchestra alike.