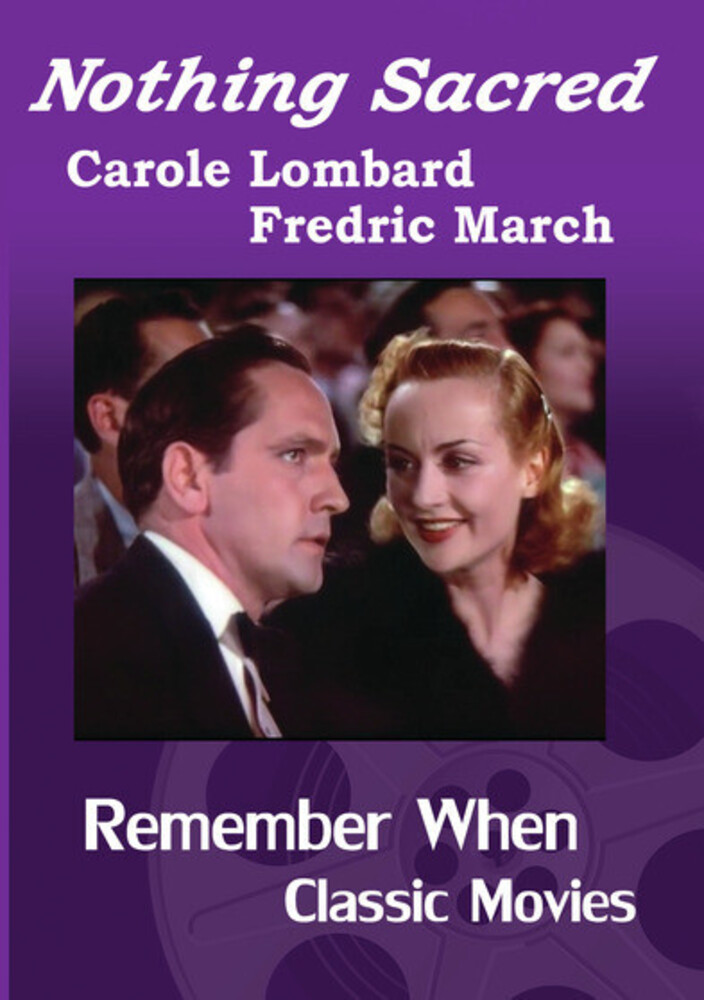 Nothing Sacred is a classic screwball comedy produced in 1937 by David O. Selznick and stars Carole Lombard and Fredric March with a great supporting cast. A New York newspaper reporter played by Fredric March mistakenly reports on a story which leads to his demotion at the newspaper where he is now required to write obituaries. Begging his boss for another chance, March points out a story about a woman dying from radium poisoning in the fictional town of Warsaw, Vermont. Hazel Flagg, played by Carole Lombard, discovers that she is not actually dying but is distressed at the fact of spending the rest of her life in Vermont. Unaware that Hazel is not dying, Wally Cook (Fredric March) invites Hazel and her doctor as guests to New York and to the Morning Star Newspaper. The newspaper uses Hazels story to increase it's circulation. A ticker tape parade and a key to the city are given to Hazel who has become an inspiration to many. Wally (March) and Hazel (Lombard) fall in love and Wally asks Hazel to marry him even though he knows she is dying. Things get a bit complicated from that point, but not to worry, the story has a happy ever-after ending. A truly great comedy which Lombard said was one of her personal favorites!