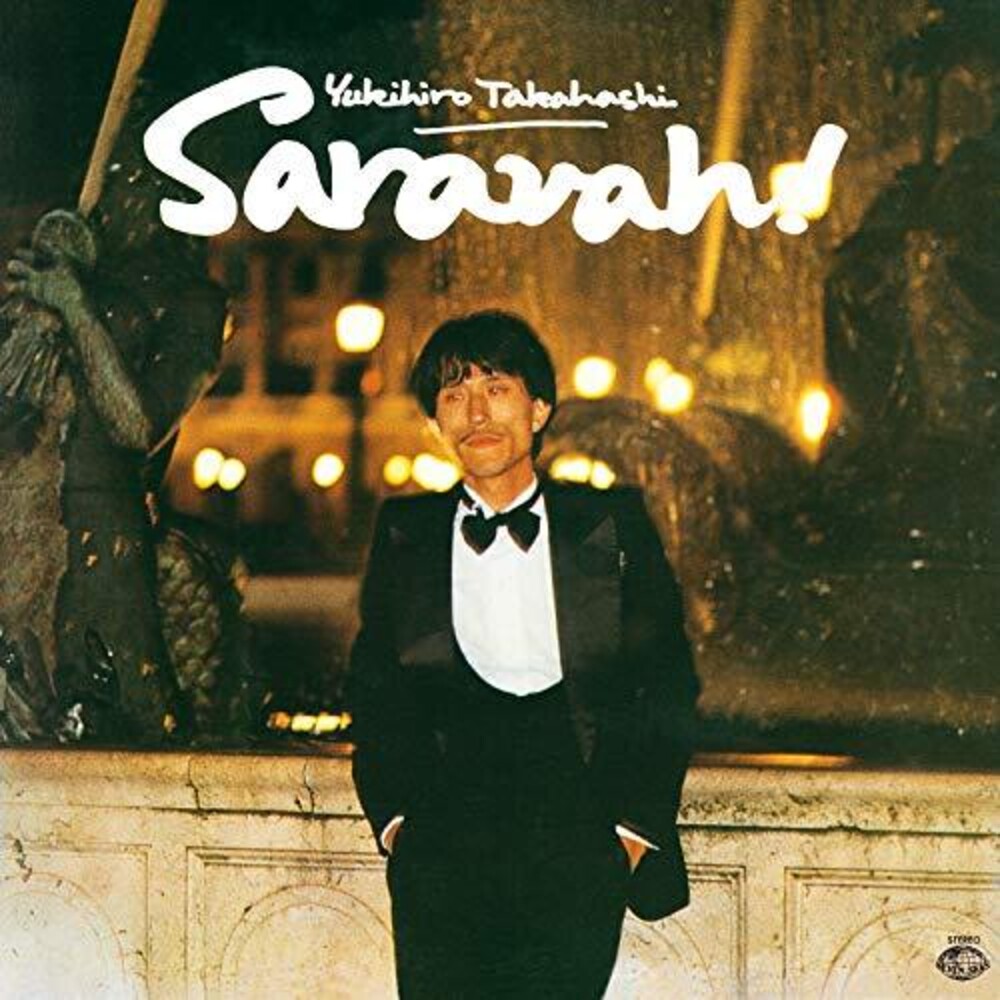 LP version. Wewantsounds present a reissue of Yukihiro Takahashi's debut solo album Saravah!, originally released in 1978. One of the key Japanese albums of the '70s, it was released at a key time when, following his tenure with Sadistic Mika Band, Takahashi had just joined the nascent line up of Yellow Magic Orchestra. A sophisticated mix of disco funk, synth pop, ambient, French exotica, and bossa nova, the album has the stylish feel of a night out clubbing in Paris circa 1978. It's the missing link between the city pop scene of the late '70s and the synth sound of YMO which was about to revolutionize the world. The month before recording the YMO debut album that would help alter the course of music, Yukihiro Takahashi entered the studio with his fellow band-members Ryuichi Sakamoto and Haruomi Hosono to record Saravah! Together with the cream of the Japanese scene. He drew his inspiration from globe-trotting French musician Pierre Barouh who had introduced Bossa Nova in France in 1966 with "Samba Saravah" (featured in soundtrack the Oscar winner A Man And A Woman which he co-wrote) and subsequently launched Saravah Records. Saravah! #starts off with a couple of French and Italian exotica classics ("Volare" and "C'est Si Bon") with delicious touches of synth while "Saravah!" is a nod to Pierre Barouh, a languid bossa nova with beautiful soulful strings arranged by Ryuichi Sakamoto. The album gets hotter with "La Rosa", a superb mid-tempo ambient funk featuring Shigeru Suzuki's fluid guitar. Next is an amazing exotica-synth version of the standard "Mood Indigo", announcing the midi revolution that was to come before things get funkier shortly after with Ryuichi Sakamoto's superb up-tempo disco instrumental "Elastic Dummy" featuring soulful strings and horns with solos by Sakamoto and guitarist Tsunehide Matsuki. The album then moves on to the ambient synth pop of "Sunset" before switching back to disco funk with "Back Street Midnight Queen" which, like "Elastic Dummy", has become a dancefloor cult classic. Saravah! #ends on a perfect note with the beautiful "Present" a perfectly crafted pop song which Takahashi wanted to do in a city pop mode, featuring a superb melody and high-class arrangements.. Newly remastered by renowned engineer Mitsuo Koike. Features original artwork with photos by Masayoshi Sukita (David Bowie's Heroes (1977)); includes four-page insert and a new Introduction by Benjamin Barouh (of Saravah Records).