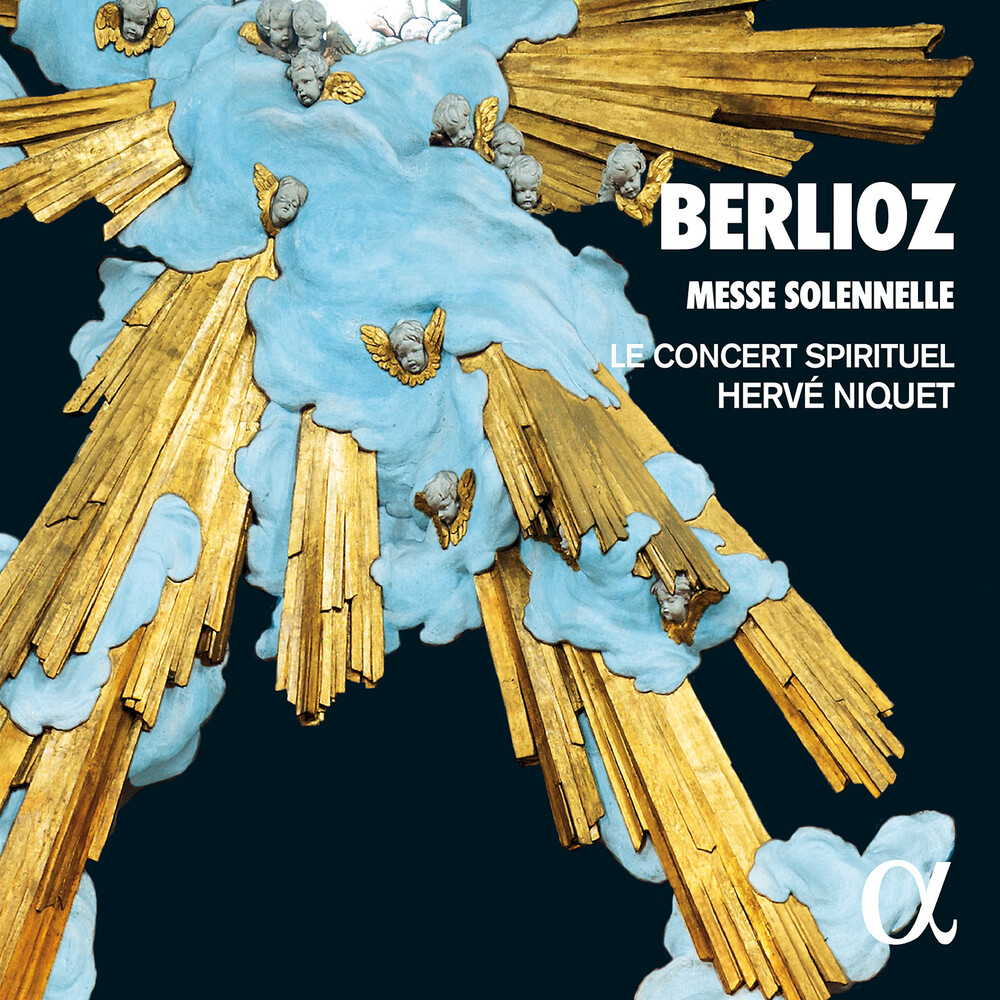 Composed in 1824 by Hector Berlioz at the age of twenty-one and premiered at the church of Saint-Roch in Paris in 1825, the Messe solennelle has come down to us following an eventful history. After Berlioz declared that he had destroyed the score, the mass was considered lost until it was rediscovered in Antwerp in 1992. This remarkable work helps us both to appreciate the development of Berlioz's style- already revolutionary in his early years- and to understand what he owed to his contemporaries, notably Cherubini, whose monumental Requiem Herve Niquet has already recorded. Scored for three soloists, chorus, and orchestra, the work consists of thirteen movements, material from which Berlioz was to reuse in several later works, notably in the Scene aux champs of the Symphonie fantastique, which quotes the 'Gratias.' On the occasion of the 150th anniversary of Berlioz's death, Herve Niquet, fascinated by this work- "There's nothing he doesn't know about dramaturgy and vocal style. At the age of twenty!"- decided to programme it (the concert at the famous Berlioz Festival of La Cote Saint-Andre was a memorable occasion) and record it in the Chapelle Royale of the Chateau de Versailles.