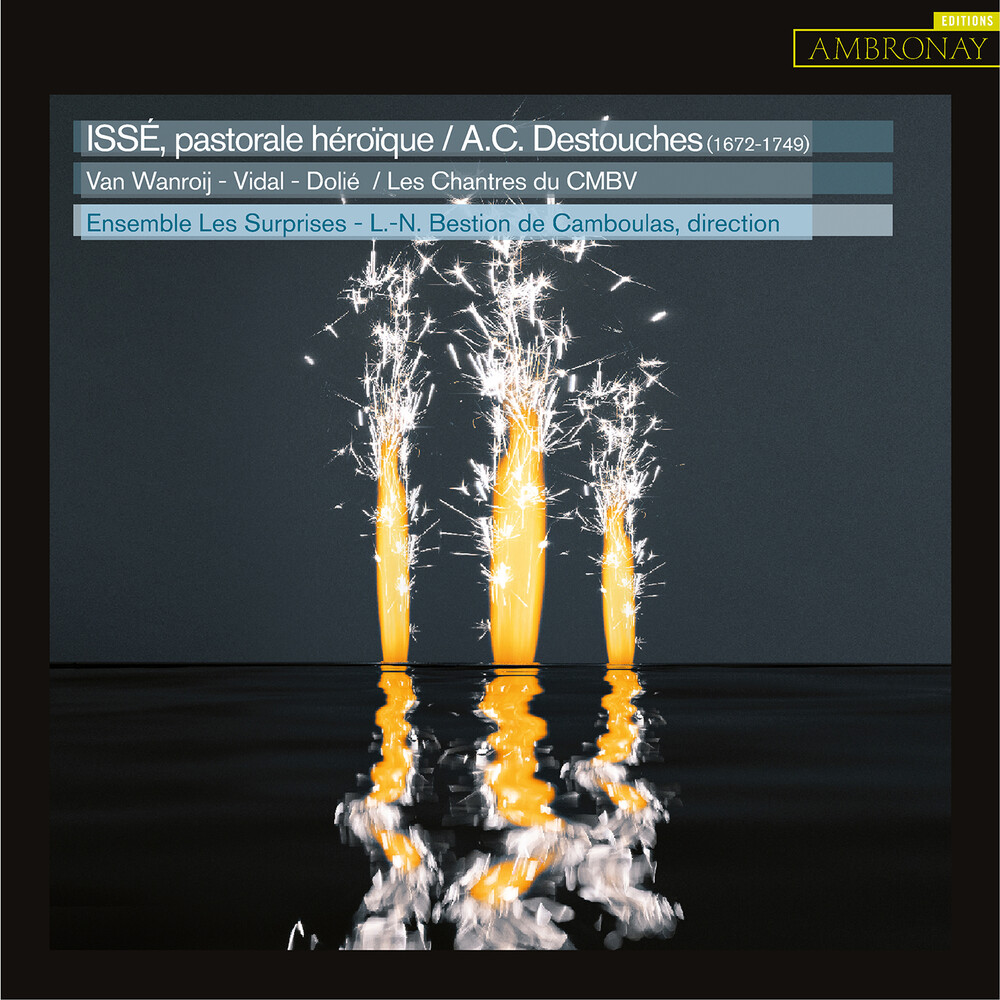 Under the direction of Louis-Noël Bestion de Camboulas, and in the company of the cream of young French singers (Judith Van Wanroij, Mathias Vidal, Chantal Santon, Thomas Dollie etc), the ensemble Les Surprises offers us the world premiere recording of Isse, a heroic pastoral by Andre Cardinal Destouches, the composer who was also a musketeer. Isse borrows it's subject from Book VI of Ovid's Metamorphoses. It's poet, Antoine Houdar de La Motte, took pains to point out the fact in the epigraph that appeared at the head of each edition of the libretto until 1756: "Just as Apollo in the guise of a shepherd deceived Isse, daughter of Macareus." Ensemble Les Surprises is a flexibly sized Baroque ensemble, founded in 2010 by the viol player Juliette Guignard and the organist and harpsichordist Louis-Noel Bestion de Camboulas. Les Surprises has made five recordings for the Ambronay Editions label, all of which have received high praise from the national and international press.