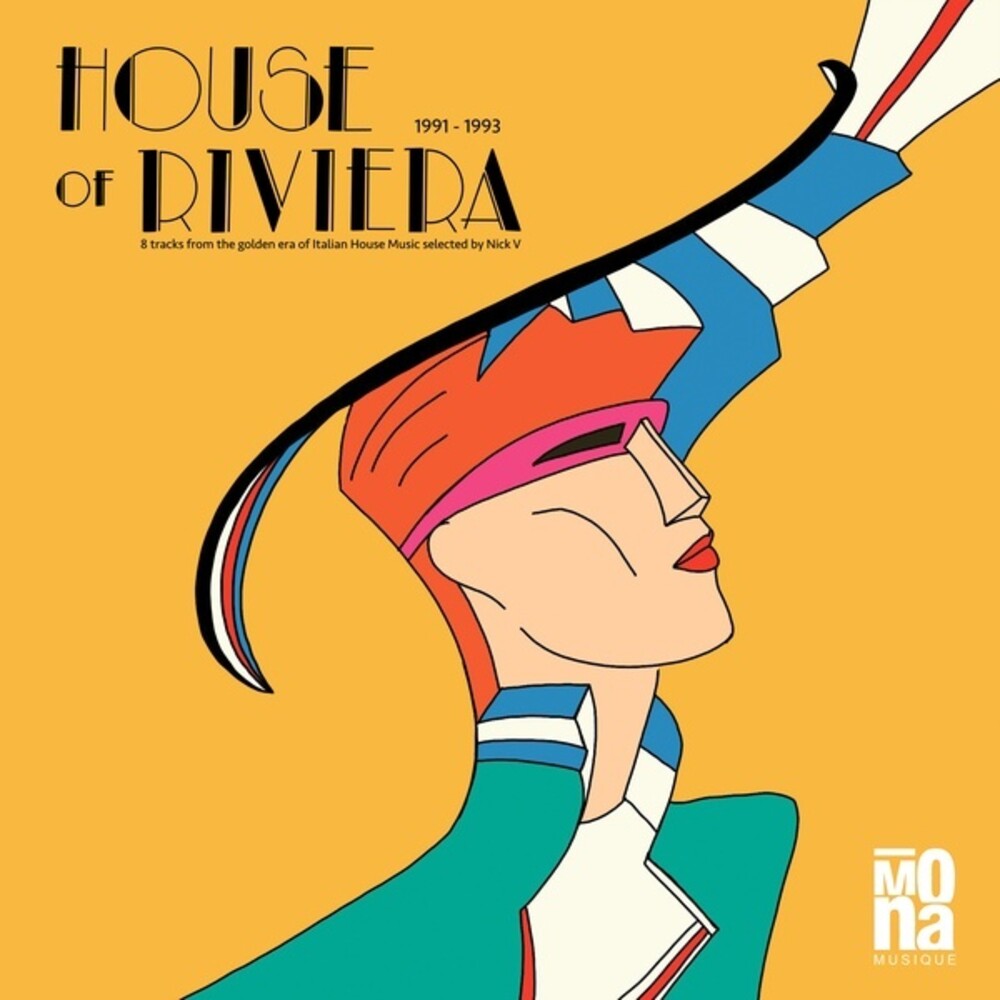 Over 25 years of digging, and more than two years of curation, Nick V's debut compilation, House Of Riviera: 8 Tracks From the Golden Era of Italian House pays homage to forgotten gems of the classic Italian house scene. In the early 1990s, Italy hosted one of the most flourishing scenes in the burgeoning world of house music. Whilst the majority of Europe was only just beginning to digest the arrival of this new musical genre born in the US, Italian clubs, DJs and labels were hot on the heels of their counterparts in the already-established scenes of New York and London. The clubs of the Adriatic coast - also known as the Italian Riviera - were full every weekend. The soundtrack was provided by the major US and UK acts from the day but also local resident DJs that had been honing their trade since the early '80s. By the early '90s, Italian house music was regularly exported around the world with labels such as UMM, Zippy, D-Vision, MBG, Flying, Palmares, DFC, and Irma releasing tracks inspired by the original New York house and garage sound, but with a very different, unique, and emotional take. Distinct from both Italo-disco and Italo-house, this was the specific aesthetic that was to become the house sound of the Riviera, the soundtrack of the golden era of Italian house music. Nick V's compilation on Mona Musique brings together eight iconic tracks from this specific period, covering the whole spectrum of the Riviera sound. The compilation veers from powerful vocal tracks by Korda and Be Noir to the dubbier cuts by Syncopate and Underground Ghosts, without forgetting of course the characteristic Riviera deepness with tracks from Subway Ground Master, Centric House, Groove Sense, and Optik. Artists featured include legendary DJs and producers from the day such as Ricky Montanari, Alex Neri, Enrico Mantini, MBG, and Ivan Iacobucci. This is a DJ-friendly 45 RPM vinyl-only release, with all tracks remastered with the sound staying true to the dynamics of early '90s production. Double gatefold sleeve with liner notes by Nick V and by flyers and photos from the original Riviera days.