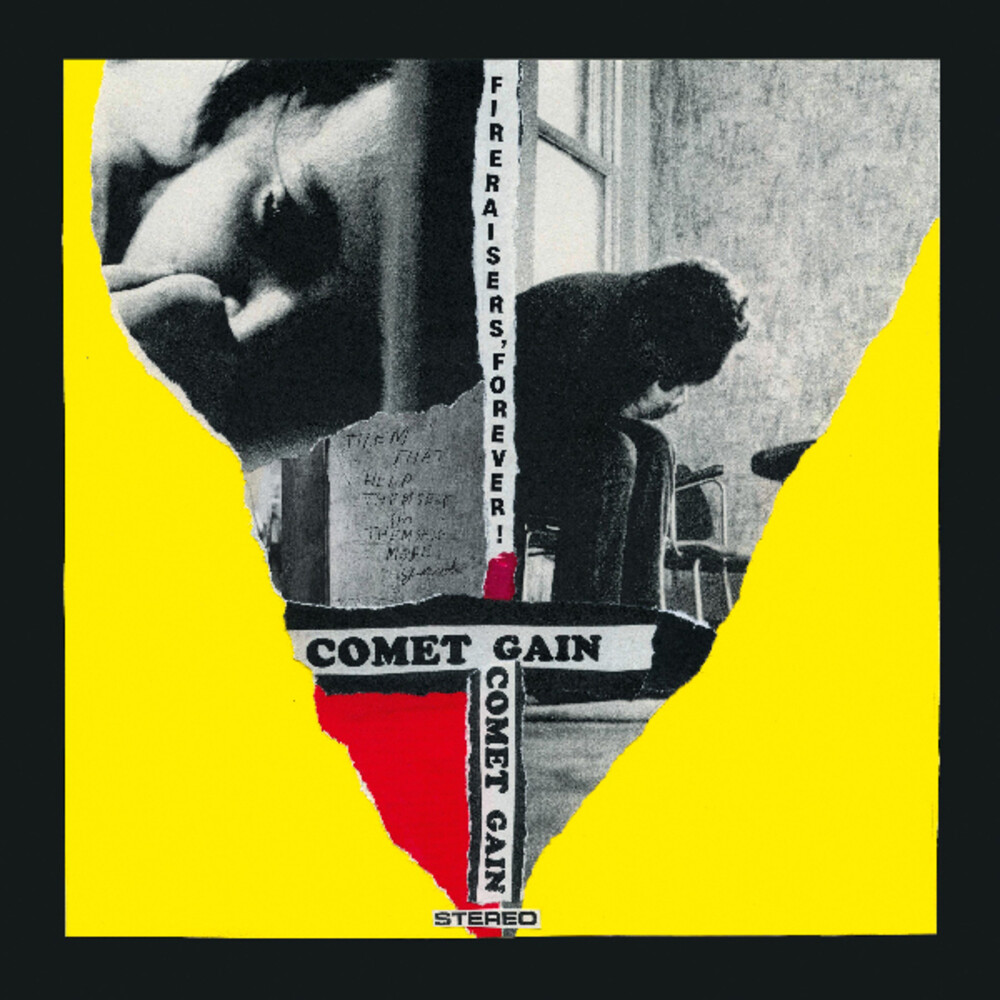 Here comes the beat of the broken street... "Fireraisers" as in those with flames in veins - had enough of the never ending spiral of stupidity and hate and greed and religious/political hypocrisy -the inexorable rise of the moron mind and those sleepwalking in their lazy hives letting THEM do this to US... a modern rite to burn away all this to the ground and see what nice flowers rise up from the ground... we imagine an army of disenchanted, beaten down kids becoming modern anarchist magicians drawing dumb sgylls of dada retribution... "if we all spit together we can drown the bastards".The last LP was a gentler, inner, melancholic hug at 2am and perhaps we would've continued to go down a sweeter road but the state of the world has meant Comet Gain were compelled to turn the fuzz up and make something more brutal and instant. In defiance to their last LP - now it's late-night sadness turns to the angry morning. First take beats ethics. Two weeks of late afternoon 45s listening parties with The Rationals/Nerves/Messthetics/Back From The Grave garage/Fading Yellow comps/The Jam/Dead Moon -whatever had the urge. Trying to figure out how Rufus Thomas would sound if he joined the Swell Maps... condensing it all mixing and absorbing then forgetting it all and propelling the psychic mix tape into an albums worth of angry pop drops and slow howls. Recorded in a living room in North London with James Hoare (The Proper Ornaments, Ultimate Painting) with the help of Joseph Harvey-Whyte (Hanging Stars) pedal steeliest. Then turned into the record it is by drummer/producer M.J. Taylor who also produced Comet Gain's LP Realistes - the closest cousin to this one... songs about the evil greedy mirage of world religion, Victor Jara and those poets and teachers killed for believing in love and words, about the forgotten who are blamed for everything and can't rise up from their knees to fight back, about the high street Kali-Yuga, occult terrorists with low IQ but high ESP, about the Godfrey Brothers, about Lou Reed's mourning dog on a road trip trying to bury his masters mullet somewhere in the desert, about those stuck in the glory days of their past myopic of the present and all the other usual losers and romantics the band always bang on about - with added melody and stomp... giving no real answers but pointing fingers and prodding you in the back... in defiance of just staying silent and letting the morons win. So Comet Gain is still alive longer than we should -still trying to be a collective and an idea emerging every now and then with the same grumpy erratic sounds - this one's louder than the last one but sometimes maybe quieter. And it's filled with love and rage. And it's about 40 minutes long which is always a good thing.