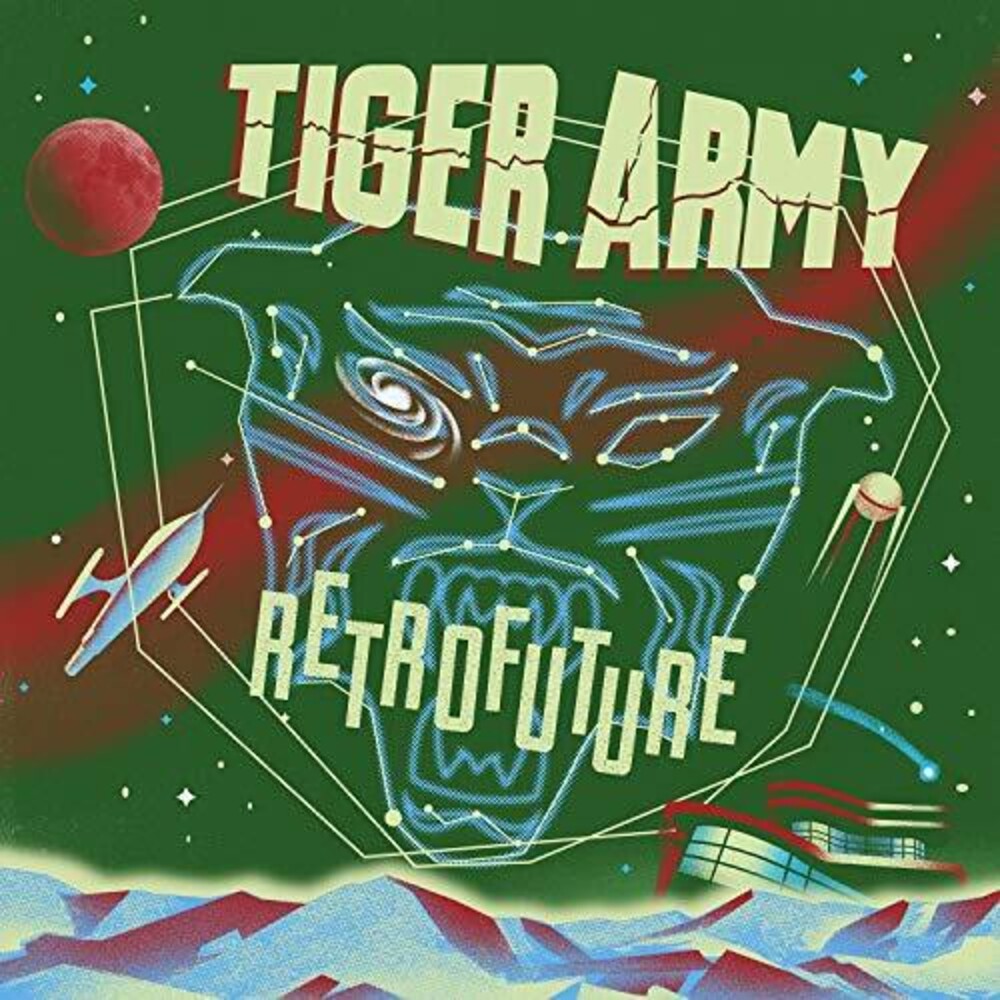 Vinyl LP pressing. Retrofuture is Tiger Army's sixth full-length (their second on Luna-tone / Rise Records) and arrives a full two decades after their debut. Produced by Ted Hutt (The Gaslight Anthem, Old Crow Medicine Show, Lucero), the LP's concept is elaborated on by frontman Nick 13: "Retrofuturism is generally a visual aesthetic, but it got me thinking, it's the perfect description for our sound! The gear and instruments are mostly 1950s and 60s, but while the tones may be classic, we've always tried to push into uncharted territory musically with each release. So the idea behind this record was to create our version of what someone might imagine future rock 'n' roll sounding like, but from the perspective of the mid-20th century." Brimming with vintage fuzz, tape echo and reverb, the album's thirteen tracks weave stylistically through vintage punk, garage and rock 'n' roll, while still maintaining a curious modernity as influences from Latin music to surf shoot through like satellites in the night sky. Present as always are the band's signature melodicism and 13's ethereal vocals.