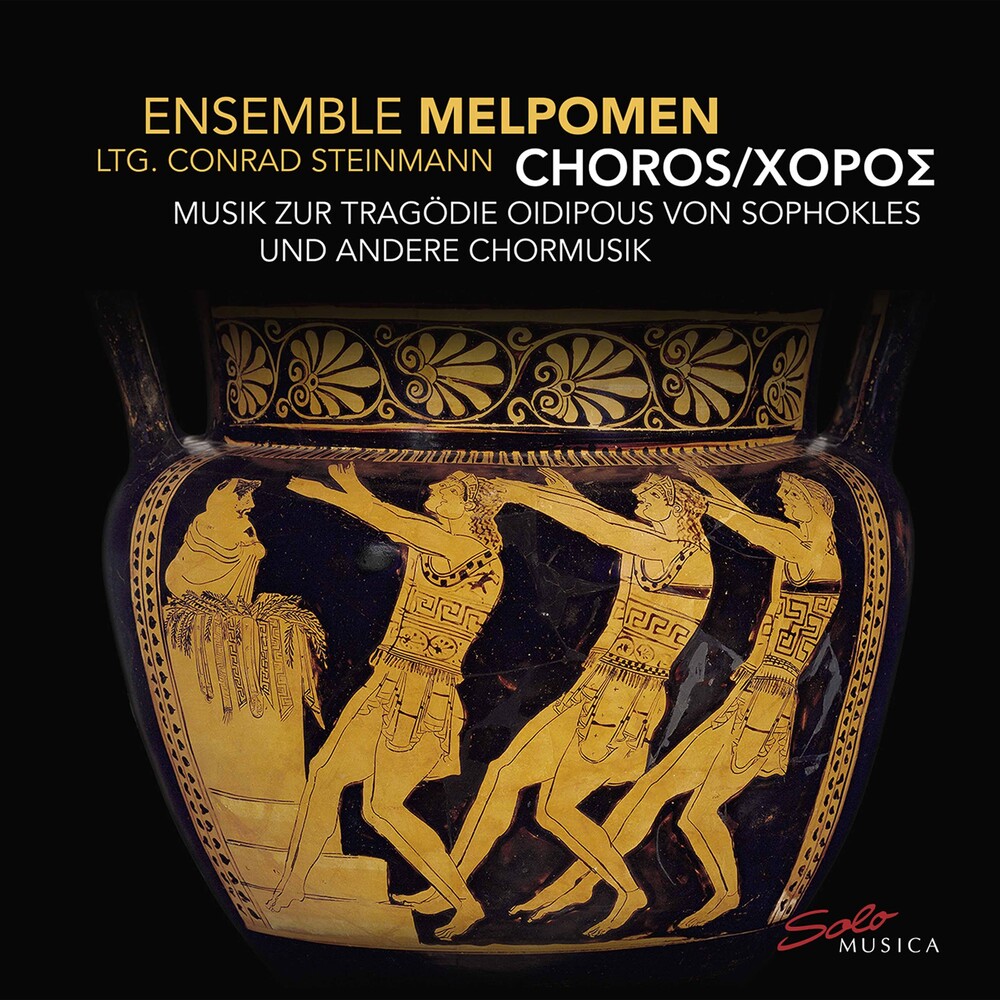 The music for CHOROS made for texts from the 7th to 5th centuries BC came about through an intensive approach to the ancient world of sound: the instruments reconstructed by Paul J. Reichlin formed the basis of the music. These are the result of over 20 years of intensive collaboration between an instrument maker and a music archeologist. Instrument parts in various museums, countless vase paintings and reliefs from the period 700 to 500 BC served as sources, as well as literary documents. Another important source of knowledge as to how ancient Greek music might have sounded are the peculiarities of the ancient Greek language, which allow conclusions to be drawn about the music. This extraordinary album for the revival of dramatic choirs of Greek classical music follows earlier projects by the Ensemble Melpomen such as Olympionikais (Pindar's Olympian Odes) for the closing ceremony of the Olympic Games in Athens or Sappho and Melpomen, music for an Athens symposium, which have already been released on album.