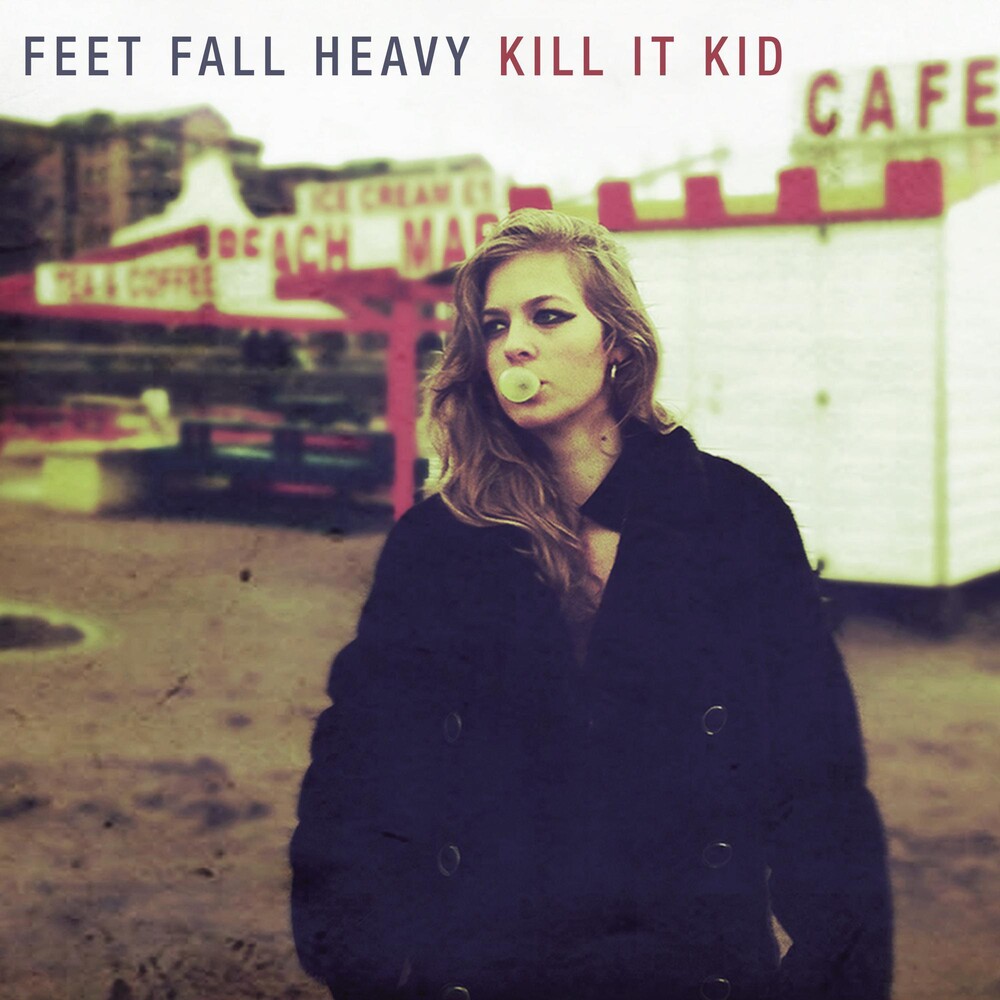 Vinyl LP pressing. English alternative rockers Kill It Kid originally blended roots, rock and blues led by vocals from both Chris Turpin and Stephanie Ward; their line-up has included slide slide guitar, fiddle and on rare occasion banjo. Although the band never really saw their music as folk, they were initially linked to the British nu-folk revival. After becoming a four piece, the band's output, as showcased in 2011's Feet Fall Heavy - available on vinyl for the first time - was guitar-driven, drum heavy and raw, and drew comparisons to bands like The White Stripes. Turpin described the change, "It's an entirely different record, it almost feels like a different band, to be honest. It's just the reality of living and working in the music industry for two years and turning into a family band. You all become siblings which is a bit peculiar after like, the seventeenth day on the road. The main difference is there's no violin and there's no acoustic guitars, it's a much heavier process."