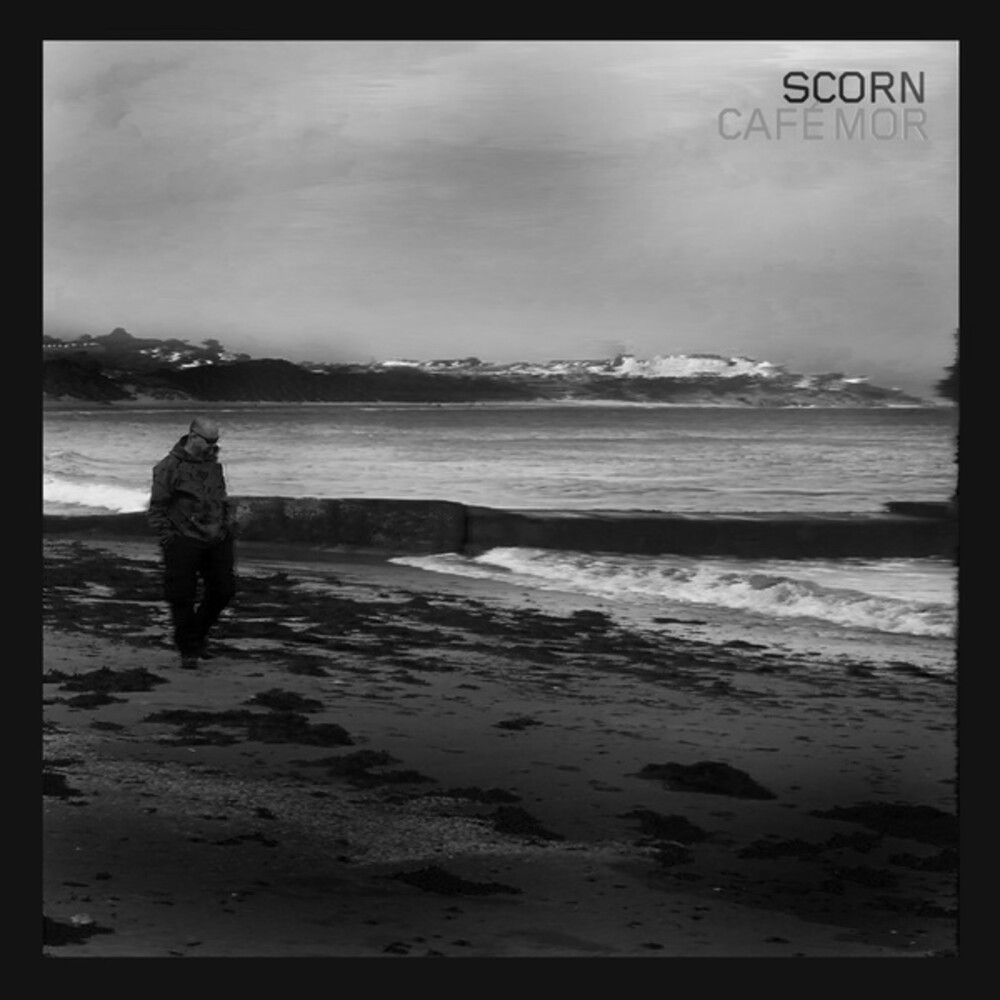 The first album from Scorn since 2010's Refuse; Start Fires, Cafe Mor is Mick Harris in his happy place. Which just happens to be in studio, demolishing all standards and rules for electronic bass music, and embodying the darkest, deepest sound in dub. Cafe Mor takes risks outside of the conventional Scorn apparatus, and with these risks come substantial rewards. The album is comprised of powerful dub excursions, from the deep dark dank of the front two tracks "Elephant" and "The Lower The Middle Our Bit", and gaining steam towards the ultraviolence of "Mugwump Tea Room" to "Never Let It Be Said" to the crushing death kick of "Who Are They Which One". A quick drive under the lights with a lasered out snare on "Dulce", then you come across the appearance from Sleaford Mods front man, Jason Williamson, on the standout track on the album, "Talk Whiff". A cruise around the Midlands sighting the Broke Fridge and Tinder Surprise, with an instant classic refrain: "Talk Whiff/ I'm a busy person/ I've had enough of it," Cafe Mor culminates in the all-in-one dub affair "SA70", letting rip all the new mixer and FX techniques of Harris's most recent incarnation of Scorn.