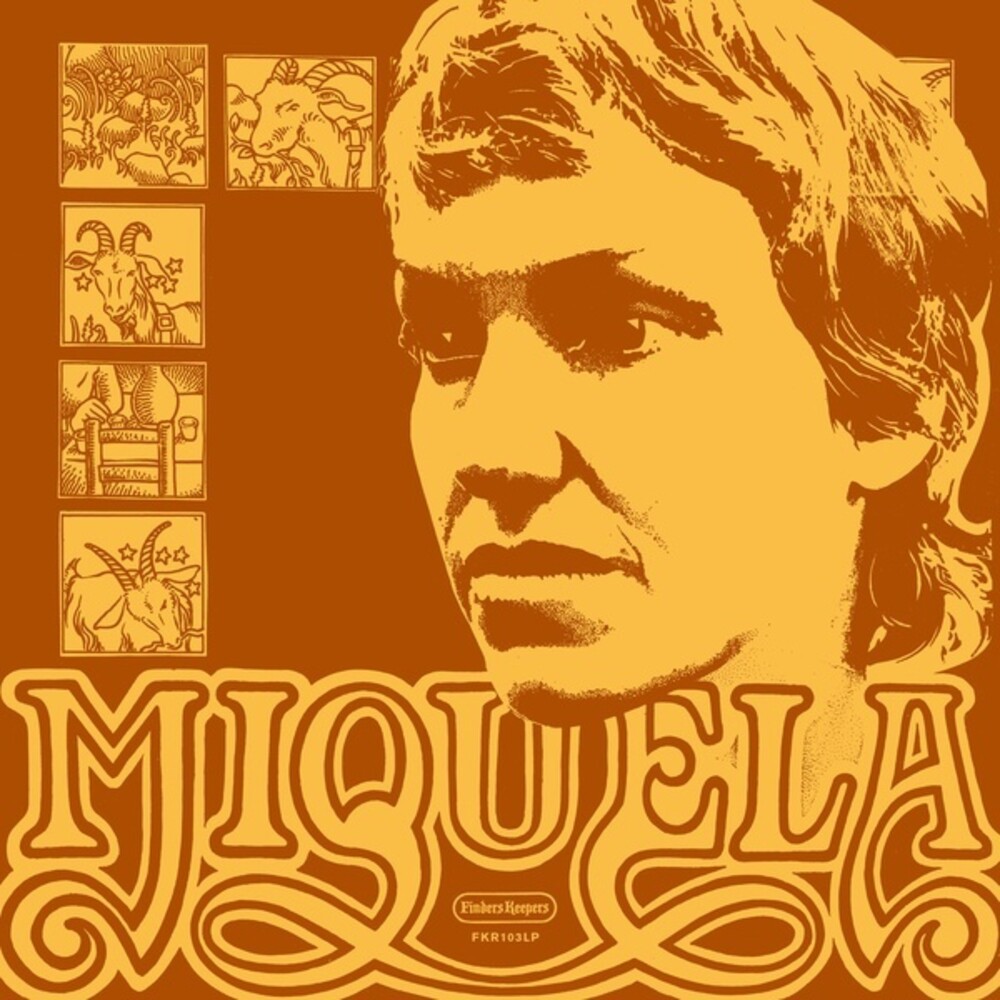 Mesmerizing minority language acid folk and wayfaring world music forges a river of revolution between langue doc and CĂ´te d'Azur with this stunning seldom spoken 1978 intimate community pressing. Weaving a fragile thread through collectible outsider genres such as acid folk, French jazz, Braziliana, and world music it is virtually incomprehensible that this incredible one-off solo album by mononymous Occitan language singer, songwriter, and activist Miquela has managed to evade notoriety and wider affection over five decades. Captured via a humble makeshift studio set-up in a classroom in 1977, this startlingly crystalline recording is one of the best examples you are likely to hear, not shying from ambitious small string arrangements and intimate Gallic jazz infusions this LP represents the quiet storm erupting from the pride and protection of the ancient "Romance" language known as Occitan, as spoken by less than 1.5 million people in Southern France (as well as parts of Italy and Spain). Naturally combining a wide range of influences, and fueled by the same impassioned fervor found in privately pressed minority language records from Britanny, Catalonia, and Wales, Miquela's first and only solo record was recorded by request of poet Ives Roqueta for his exclusively Occitan language label Ventadorn. Including players from Miquela's surrounding area of Toulon the album also enlisted arrangements from important musicians such as co-author Jean-Michel Mariou, jazz contrabass player Didier Capeille (later affiliate of Marseilles' Etron Fou Leloublan), and guitarist Gilles Cardon, who would regularly play for Britanny-based label Nevenoe (knotting the ties between both French language rehabilitation movements). Released and well-received by a supportive and emotional Occitan fan base, this would be Miquela's only ever solo LP (preceded by a 7" picture sleeve EP, drawing similarities to Welsh label Sain) and laid the foundations for future releases with her folk rock girl group Lei Chapacans (The Vagabonds) which led to tours as far as Sardinia, Yemen, and Moscow. As a vital forerunner of a maligned genre of Occitan femme-folk singers such as Estela, NicĂ˛la, Jacmelina, Rosina de Peira E Martina, and Claudia Galibert, this LP marks the start of a journey that would eventually find it's beloved protagonist at the heart of the galvanized Occitan language media.