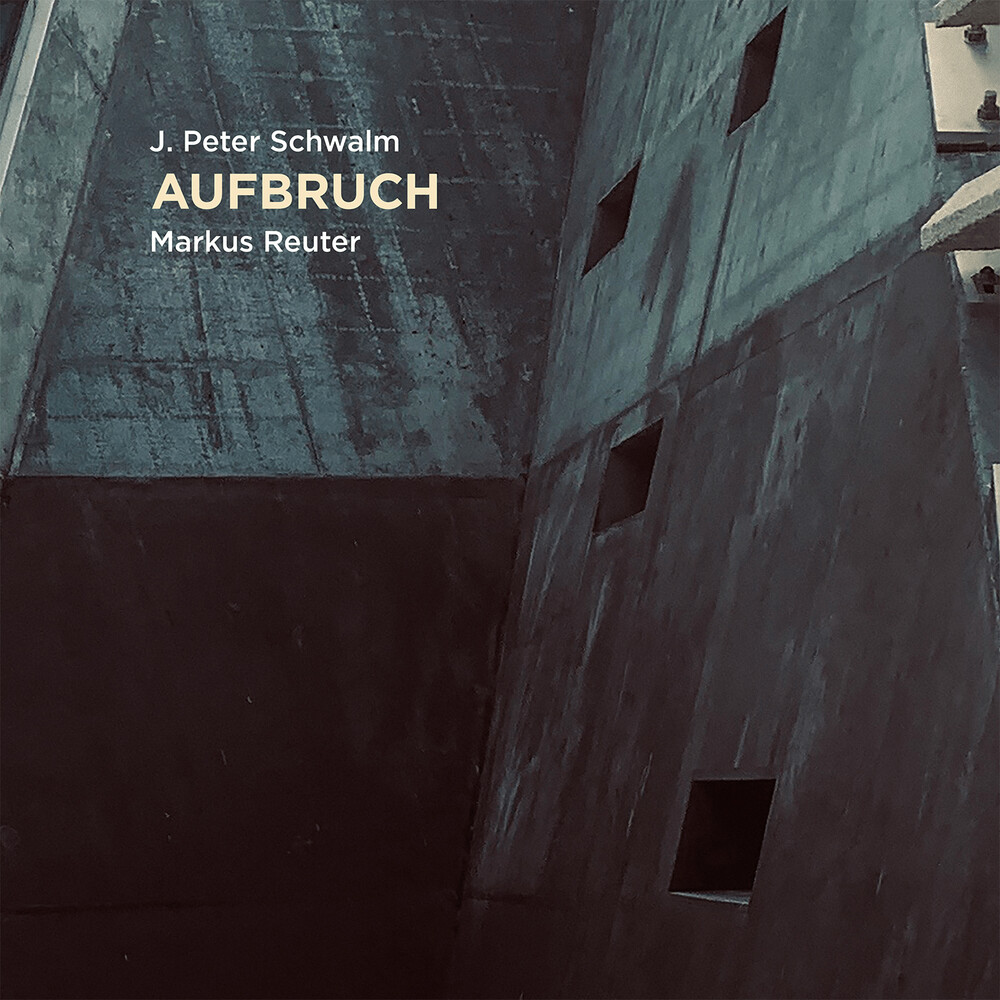 Aufbruch, the title of the debut collaboration between electro-acoustic composer J. Peter Schwalm and guitarist Markus Reuter, translates as "departure" or "emergence." Either definition offers an evocative interpretation of the powerfully immersive soundworld they've conjured together, but even more suggestive is the ambiguity between the two meanings. For the music of Aufbruch feels like both an awe-inspiring journey of discovery and a welling up from the murkiest depths of the subconscious.In 1998 Schwalm's electro-jazz ensemble Projekt Slop Shop caught the ear of legendary musician/producer Brian Eno, instigating a six-year partnership that included recording the album Drawn From Life, composing the soundtrack to Nicolas Winding Refn's film Fear X, and the creation of a multi-channel sound installation in the crater of the Volcano del Cuervo on the Spanish island of Lanzarote. Schwalm released Musikain, the first album under his own name, in 2006; since then he's released four other albums, the last three for RareNoise: The Beauty of Disaster in 2016, How We Fall in 2018, and Neuzeit with Norwegian trumpeter Arve Henriksen last year.Reuter's work as recording artist, solo performer and collaborator spans (and frequently fuses) electrophonic loop music, contemporary classical music, progressive and art rock, industrial music, world jazz, jazz fusion, pop songs and pure improvisation. Over the course of a two-decade career, he has been a member of multiple bands, ensembles and projects (including centrozoon, Stick Men, Tuner, The Crimson ProjeKct and Europa String Choir) as well as a solo artist. His prolific output bridges genres both within and between projects, and he was worked with a wide swathe of exploratory musicians including Ian Boddy, Robert Rich, Tim Motzer, Mark Wingfield, Asaf Sirkis, Kenny Grohowski and several members of King Crimson.
back to top