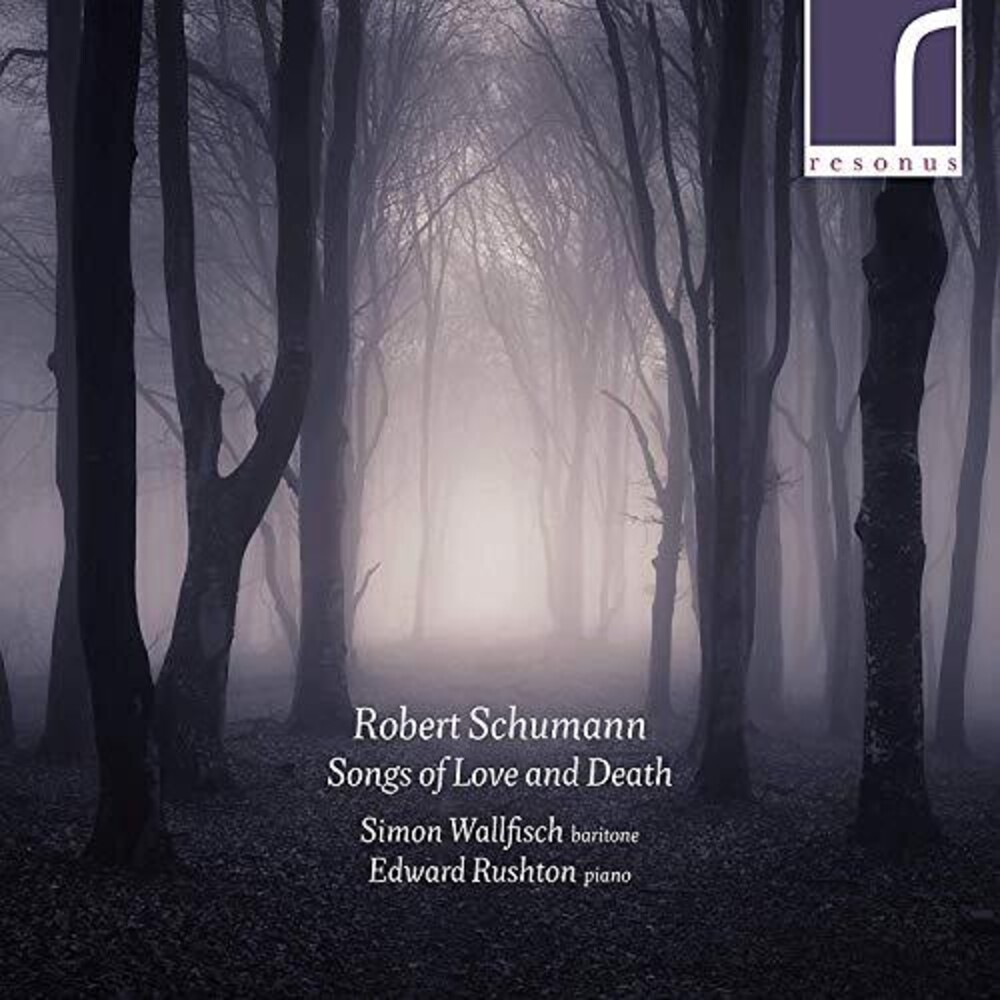 Making their debut on Resonus with a ravishing programme of 'Songs of Love and Death' by Robert Schumann is the critically acclaimed duo of baritone Simon Wallfisch and pianist Edward Rushton. Alongside what is perhaps Schumann's best-known Wanderlieder song series, Dichterliebe, Op. 48, from 1840, this distinguished pairing have explored two further series from Schumann's notoriously productive 'Liederjahr' of 1840 - his Op. 35 setting of twelve poems by Justinus Kerner, and the Fünf Lieder, Op. 40, containing four songs by Danish writer Hans Christian Andersen. Simon Wallfisch is one of Britain's most sought after Baritones, at home on the opera and concert stage. In 2017, Simon made his Wigmore Hall debut live on BBC Radio 3. He has a growing catalogue of song recordings with Nimbus, Lyrita, Delphian and Resonus record labels. Born in London into a musical family, Simon Wallfisch studied cello with Leonid Gorokhov and voice with Russell Smythe at the Royal College of Music between 2000 and 2006. During his studies in London, he was awarded several prizes including The Georg Solti Foundation, Emmy Destinn Foundation, Giuseppe Di Stefano Competition Sicily, The DAAD, Countess of Munster Trust, The English Speaking Union and the Royal Overseas League "Young Singer of Promise" 2005.