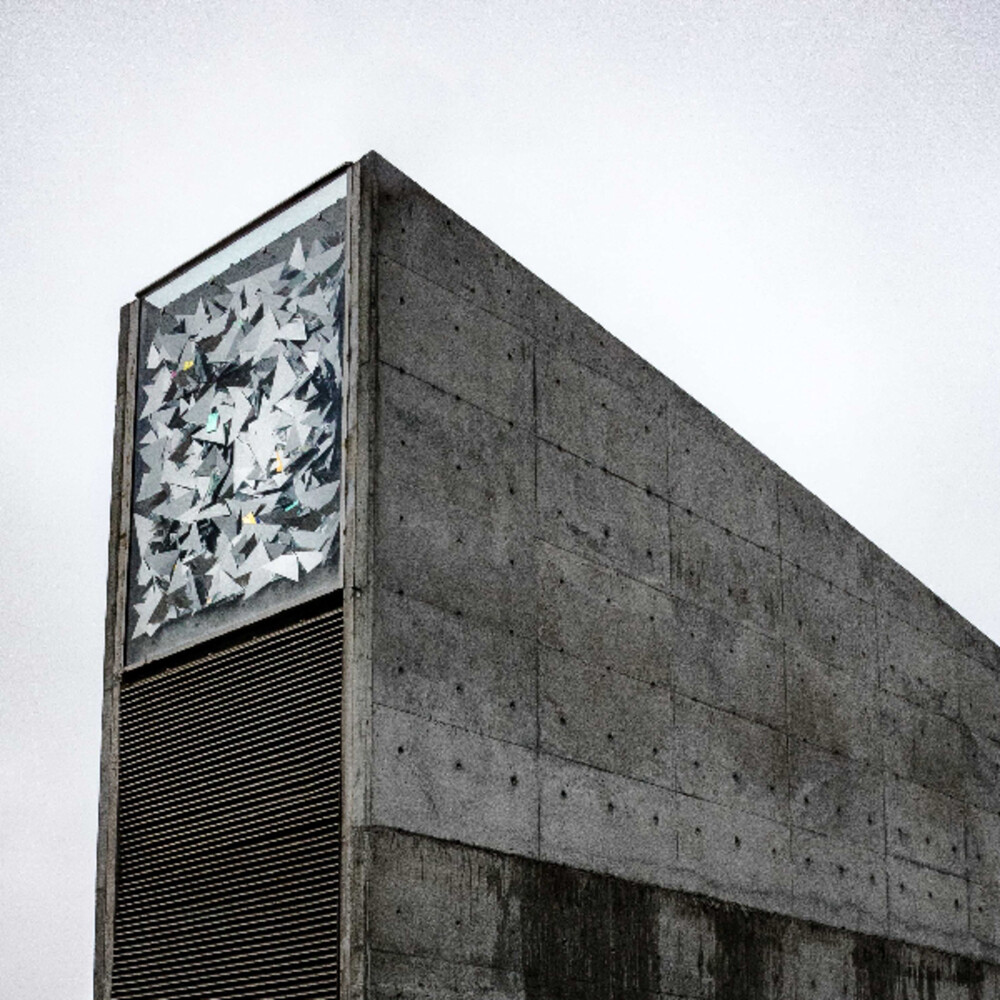 Koenraad Ecker and Frederik Meulyzer make their Subtext debut with Carbon. Based on field recordings made at Norway's Svalbard Global Seed Vault, a secure seed bank located on the island of Spitsbergen, Carbon grapples with the many contradictions that lie at the heart of our shift into the capitalocene. The project began in 2017, when Ecker and Meulyzer scored the performance Frozen Songs, a commission by Zero Visibility Dance Company led by Ina Christel Johannesen. The Svalbard Global Seed Vault was conceived of as an effort to preserve copies of seeds from key crop varieties, ensuring their persistence in the event of large-scale crises. Yet the area is warming faster than anywhere else on earth, causing the permafrost to melt and putting the seed vault at risk. Across from the Seed Vault lie the decrepit remnants of Svalbard's mining activities of the early 20th century; Carbon wrestles with the incongruities nestled in the town's landscape. Reflecting on dissonances of stasis and change, closeness and distance, enclosure and expanse, as well as cynicism and hope, Ecker and Meulyzer consider the urgency of our situation while trying to sidestep all-too-popular depictions of dystopia. From close, supple sounds to cold, brutal sonics, Carbon meditates on the many challenging questions and contradictions raised by the Seed Vault and it's surroundings; a landscape that embodies and makes visible the many intertwined phenomena that shape our current predicament. Ecker and Meulyzer, formerly known as Stray Dogs, have released works such as Wasteland (VV 018LP, 2013), recorded in deconsecrated church in Antwerp, and Kalkar, recorded in the cooling tower of a former power station in Germany. Koenraad Ecker works in the fields of electro-acoustic music, field recording, radio plays, stage performance, and text. Together with Andrea Taeggi, he is part of the duo Lumisokea. His output encompasses studio albums, audiovisual installations, texts, performances, and sound design for film. Frederik Meulyzer is a percussionist active in projects including Belgian jazz band Hamster Axis of the One-Click Panther, contemporary music and theatre company Post uit Hessdalen, and experimental psych-krautrock band Slumberland. The ecological impact of the production of this record will be compensated through a carbon offsetting program.