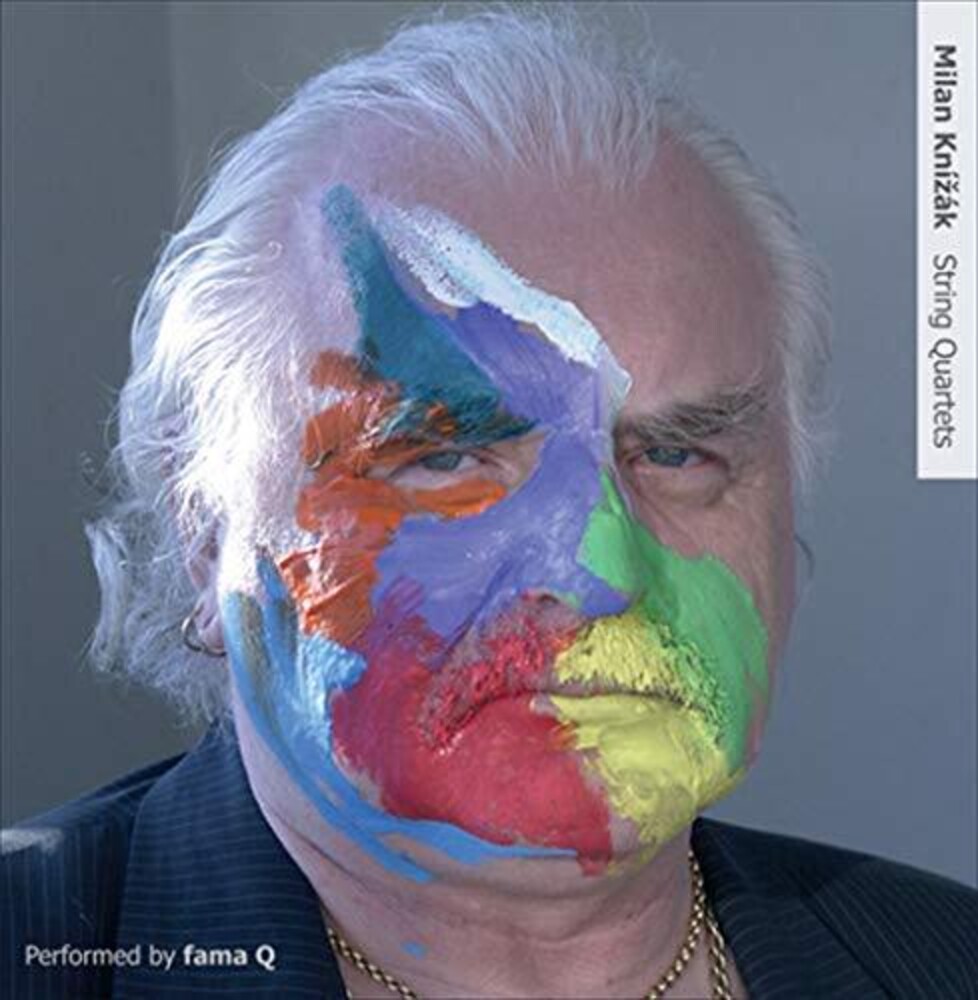 Violin was Milan Knízák's first instrument. He has composed hundreds of works of this ilk. The first one "DHK", was written 45 years ago. Next to his destroyed works, Milan took notations of different composers, cut them and put them together (with his own score) into a collage, expressing his feelings and his apprehension of music. Recorded from February-July 2018 and performed by fama Q: David Danel, Roman Hranicka - violin; Ondrej Martinovsky - viola; Balázs Adorján - violoncello. Fama Q is a string quartet founded in 2005 in Prague. It's members, also orchestral musicians with the Prague Philharmonia, were always devoted to chamber and string quartet music. "I am aware that the majority of my compositions are technically challenging, since I employ uncommon intervals, so as to make the musicians think in a different, novel way and to produce different colors in the 'classical' passages too. If the instruments were arrayed 'beneath one another', simple melodies may come across as boring. In the case of interval skips, whereby I count with a certain fuzziness, even falseness of tones, music is far more colorful. I don't care who would perform my pieces, as long as they are solid musicians. I think I have written them in such a manner that they should not forfeit energy even when someone is not familiar with the modern playing principles, only their effect would somewhat shift. And I really don't mind any shift. One of my friends said that this music of mine is not similar to anything. I would like to add that it is similar to everything. Perhaps both are true. " -Milan Knízák, April 2018. Prof. Milan Knízák, Dr. A. is a multimedia artist working in fine art (actions, paintings, sculptures), music, literature, architecture, fashion, and furniture design. Member of the international art group Fluxus. Featured in major galleries around the world as well as archives, catalogs, encyclopedias and dictionaries. His Broken Music (SR 400LP, 2015) was included among the 1000 most important compositions of the 20th century. A dictionary of designers published by Ambiente lists him as "a central figure in modern Czech design". Milan Knízák has had more than 120 solo exhibitions and hundreds of group exhibitions throughout almost the entire world. He has published approximately 80 books and catalogs and released many music recordings, as well as creating a number of design projects.