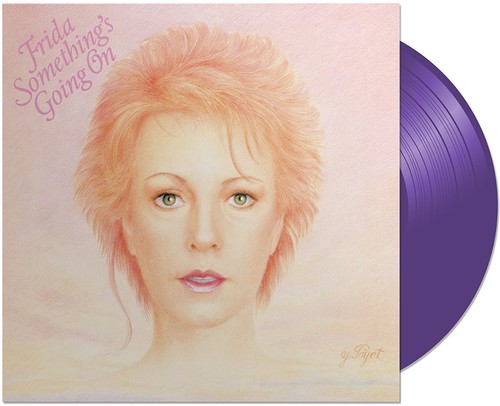 Limited purple vinyl LP pressing of this album from the former ABBA vocalist. Something's Going On is the third solo album by Swedish singer Anni-Frid Lyngstad (Frida), one of the founding members of the Swedish pop group ABBA, and her first album recorded entirely in English. Her last two albums had been recorded in Swedish. Recorded in 1982 during the final months of ABBA, Something's Going On was first released in September 1982. Produced by Phil Collins, the drummer and singer of the rock band Genesis, the album featured a harder-edged and more rock-oriented sound than that of ABBA's music, including Collins' distinctive gated reverb drum sound. The album was met with a positive reception by both critics and the public, with sales in excess of 1.5 million copies, making it the best-selling solo record of any of the ABBA members to date.