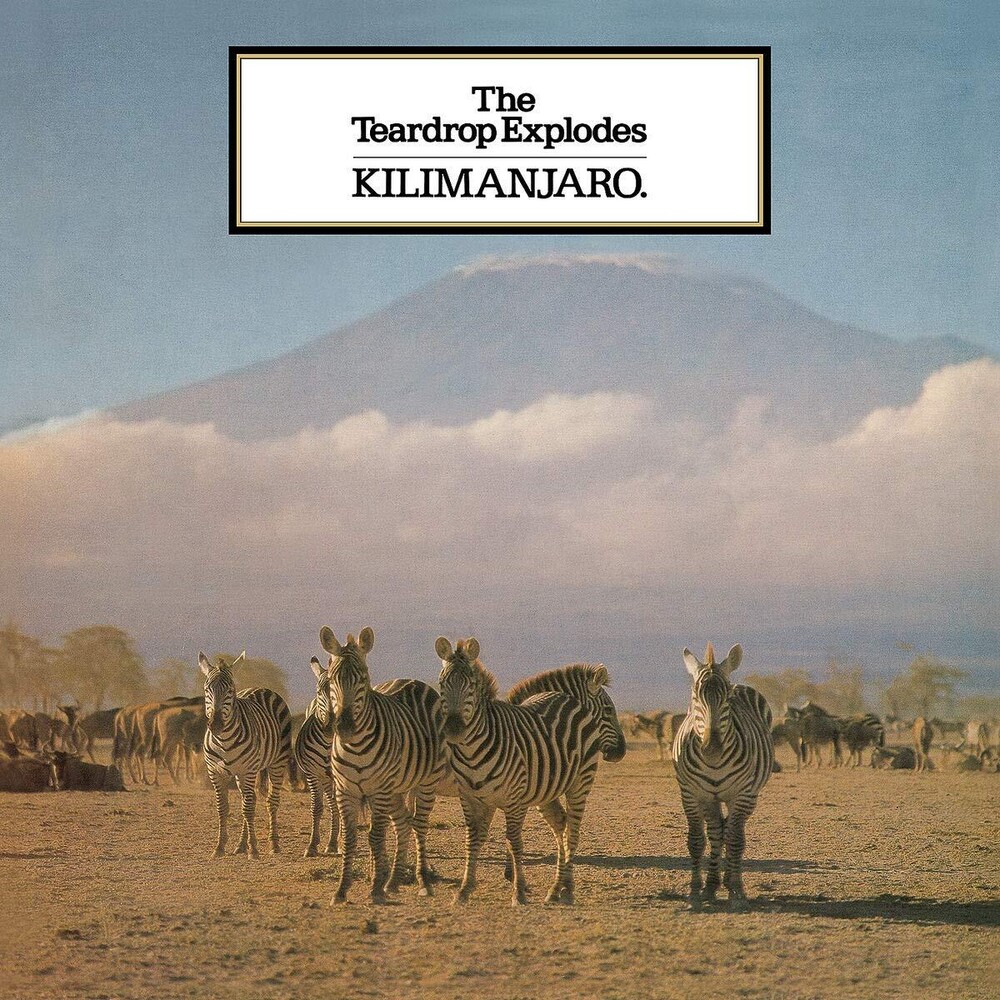 Vinyl LP pressing. Kilimanjaro is the debut album by the neo-psychedelic Liverpool band The Teardrop Explodes, released on 10 October 1980. It contains versions of the band's early singles - "Sleeping Gas", "Bouncing Babies", "Treason" and "When I Dream" - as well as their biggest hit, "Reward". The album also includes the song "Books" - originally a song by Julian Cope's previous band, The Crucial Three, it was also recorded by Echo & the Bunnymen (as "Read it in Books"). Reissued with the cover showing Mount Kilimanjaro, the mountain after which the record was named.