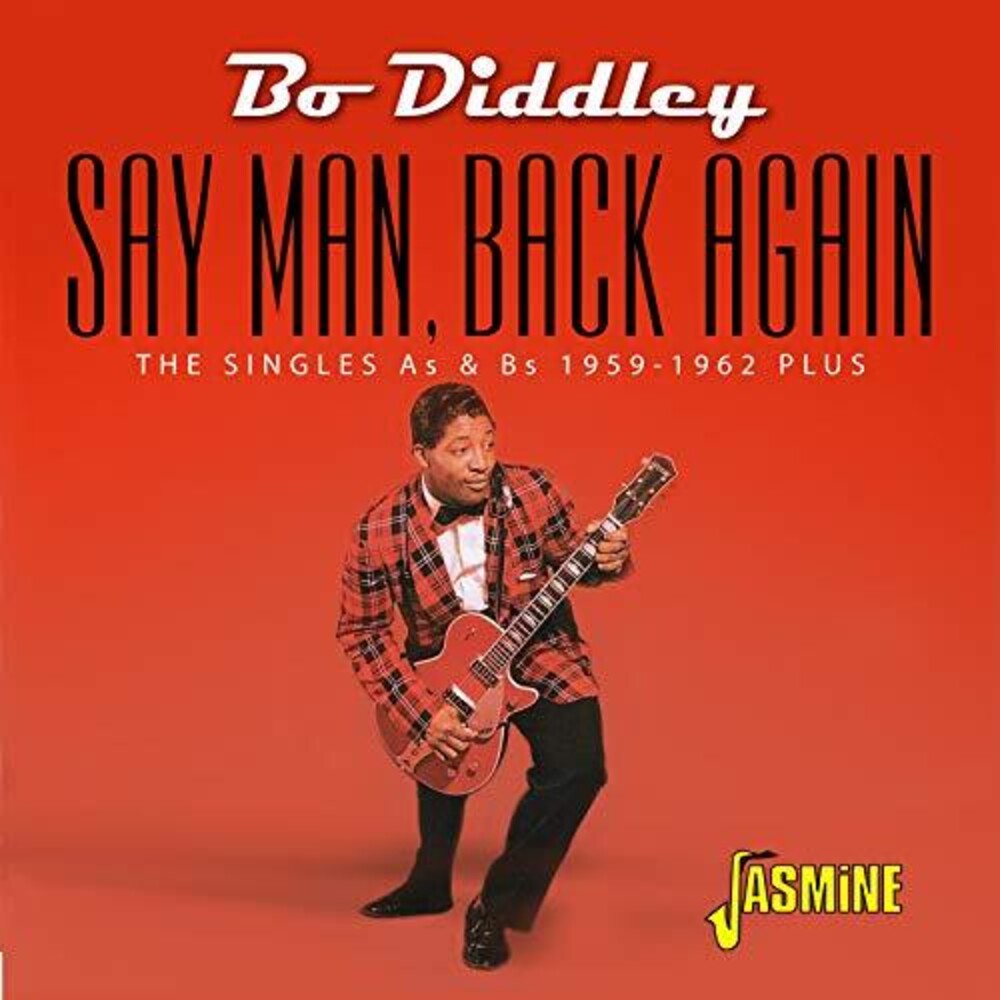 This is Jasmine's second volume of Bo's recordings following on from the successful "I'm A Man" (JASMCD3010). Volume one featured the A & B side of every single he released up until 1959 and Volume two begins in the same year and features the A & B side of the rest of his singles up to the end of 1962. Just like the classics on that first volume many of these tracks were covered globally by beat groups during the later 1960s. "Pills" was covered by the New York Dolls, The Lurkers and The UK Subs. "Road Runner" by The Animals, The Who, Aerosmith, Wayne Fontana and The Zombies. "Cadillac" by The Kinks and The Downliners Sect. "You Can't Judge A Book by the Cover" by Dion, The Merseybeats and Cactus. "I Can Tell" by Johnny Kidd & The Pirates, The Searchers, Bern Elliot & The Fenmen, John Hammond, Van Morrison, The Fabulous Thunderbirds and The Blues Band. Bonus tracks come from two of his classic albums. "Bo Diddley Is A Gunslinger" which was released in 1960 and is featured in it's entirety. The remaining five titles come from the album "Bo Diddley Is A Lover" released in 1961