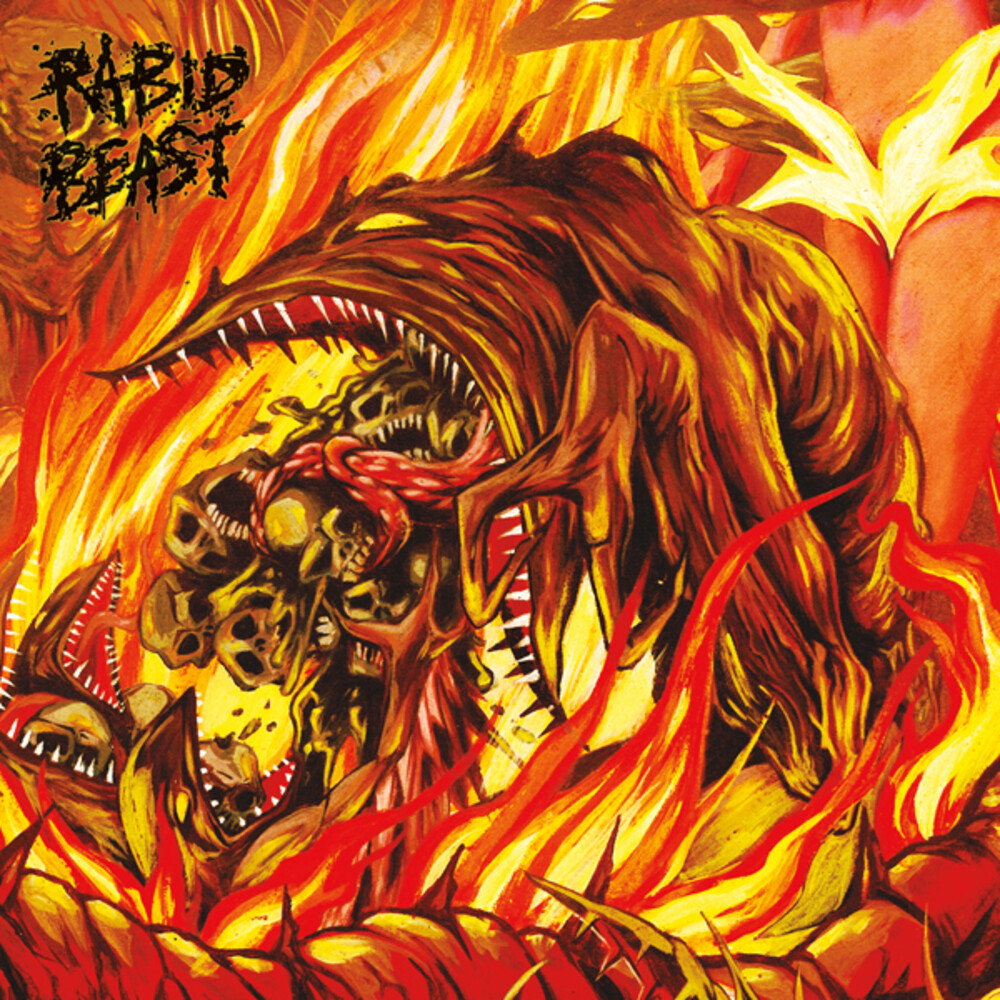 Sometimes one doesn't need a detailed description of a band to know what they sound like. Sometimes a wall of fancy PR hype is just an obstacle, a bunch of wasted words. When a band calls themselves Rabid Beast and their cover art features some kind of demon bird vomiting skulls into the mouths of it's babies, there is probably not much more to say.Rabid Beast is a thrash project from members of Drug Honkey and Morgue Supplier-throwback maniacs from Chicago whose other bands defy easy categorization and traffic in real, raw ugliness. This new band takes them away from the realms of death metal and into thrash, in all it's precise-yet-chaotic glory. Riffs and drums march in high-speed lockstep, while the vocals are a demented howl of pain and anger, and the solos are not so much melodic statements as shards of chaos pounded straight into the listener's ear canal. Throw in some interesting songwriting inspired by the cult heroes of the Bay Area scene, and occasional bursts of Voivod-ish dissonance, and one has a truly rare effort for a genre this long in the tooth. Five tracks deep, one a cover of an Infernal Majesty song, this self-titled EP is a straight-up adrenaline injection.