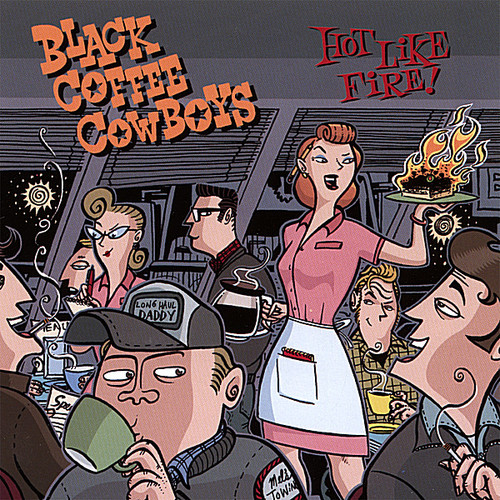 The Black Coffee Cowboys were formed for one reason only. To make people shake, rattle, and roll. That's 3 reasons, but you get the drift. The Cowboys mix rockabilly, honky-tonk and good old-fashioned rock and roll together to form a rip-snorting mix of good times and great music. Originally formed by Earl Garnet (formerly of the Surefires) on guitar and Robby Velvet (The Mutilators, Smokin 45's, and about a million other bands) on the big bad stand-up bass, the Cowboys have recruited Deuce Frehley (Agriculture Club) on acoustic guitar and Slick Patsy (the Polyjesters) on skins for a band that makes you want to go crazy on the dance floor! With a high-energy stage show and catchy, danceable songs the Black Coffee Cowboys will make you want to boogie-woogie all night long!