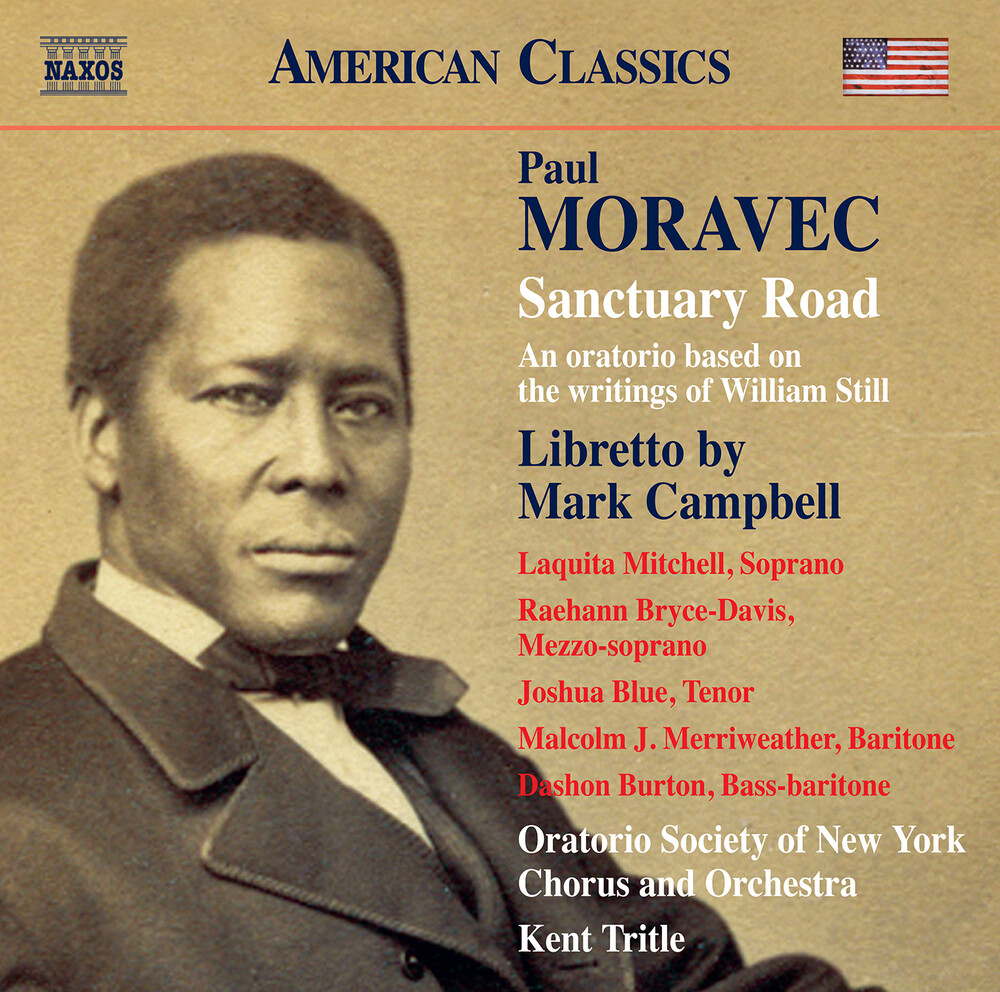 After the success of his opera The Shining, Pulitzer Prize-winning composer Paul Moravec has once again collaborated with librettist Mark Campbell to create the second of his "American historical oratorios." Sanctuary Road draws on the astonishing stories to be found in William Still's book The Underground Railroad, which documents the network of secret routes and safe houses used by African American slaves to escape into free states and Canada during the early to mid- 1800s. The epic nature of these stories of courage, perseverance and sacrifice is transformed into an enthralling saga, heard here at it's world premiere performance at Carnegie Hall- a performance acclaimed by BroadwayWorld for it's "riveting, pulsating wall of sound and stellar soloists."