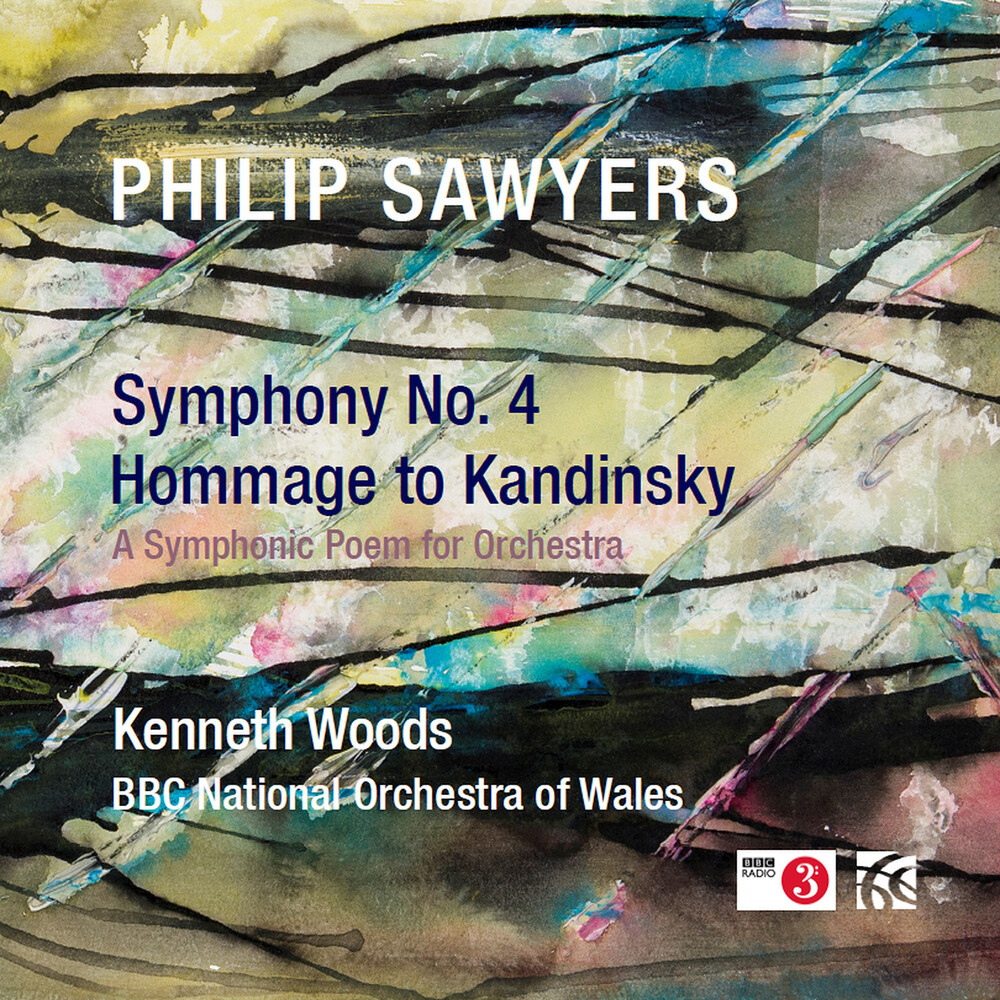 Sawyers's Fourth Symphony is scored for an orchestra of two flutes, two oboes, two clarinets, two bassoons, four horns, two trumpets, three trombones, tuba, timpani, bass drum, cymbals and strings. Structurally, it marks a departure from his First and Third Symphonies, which are both in the traditional four-movement form, and the one-movement Second. Sawyers says of the somewhat unusual structure that: My Fourth symphony is in three movements. "Why?" might be a reasonable question. The answer is that simply that by the time the third movement was complete, there was nothing more to say. The large-scale symphonic poem Hommage to Kandinsky was commissioned by the Grand Rapids Symphony in celebration of the tenure of their longstanding Music Director, David Lockington, who premiered the work in September 2014. Given the celebratory nature of the occasion, the orchestra encouraged Sawyers to employ the largest orchestra he had yet written for: 2 flutes and piccolo, 2 oboes and cor anglais, 2 clarinets and bass clarinet, 2 bassoons and contra bassoon, 4 horns, 3 trumpets, 3 trombones, tuba, timpani and percussion, harp and a large string section. The work's subject matter had it's origins in Sawyers's attendance at an exhibition "Kandinsky: The Road to Abstraction" at the Tate Modern in London in 2006. Although Sawyers took particular inspiration from several paintings in the exhibition, the resulting tone poem represents primarily an emotional response to Kandinsky's work rather than an attempt to respond literally to Kandinsky's images in music.