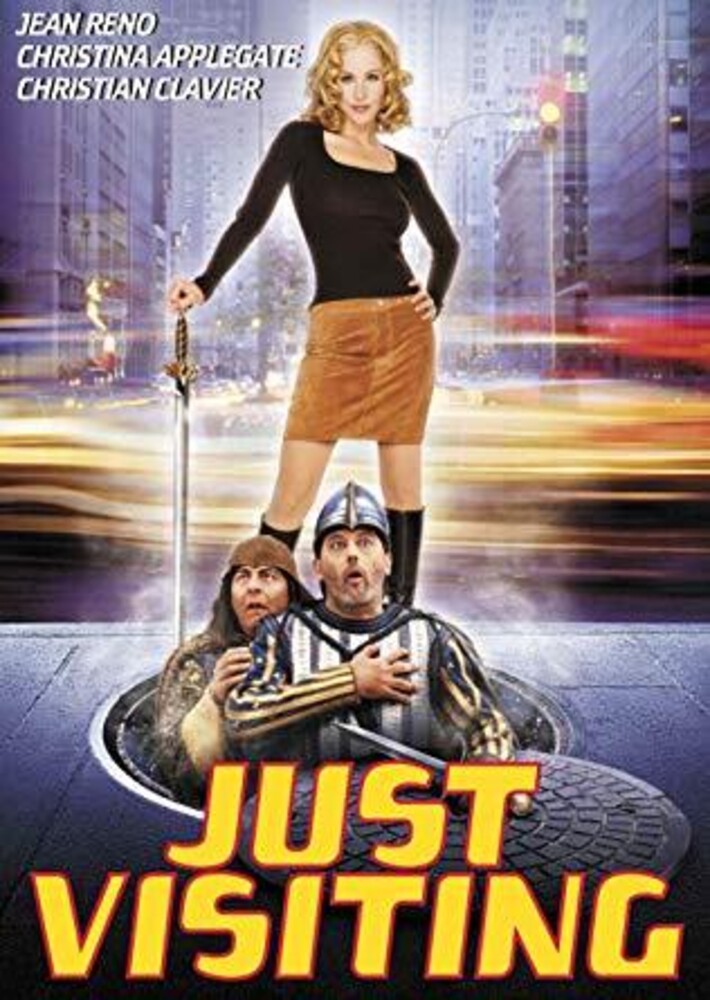 A remake of the 1993 French hit "Les Visiteurs," this time-hopping farce follows medieval knight Thibault (Jean Reno) and his assistant Andre (Christian Clavier, who starred in the original), as a sorcerer (Malcolm McDowell) sends them to modern-day Chicago. While there, the duo has trouble adapting to contemporary life, and when they learn that Thibault's descendant (Christina Applegate) is about to be duped by her boyfriend, they try to "rescue" her. With Tara Reid, Matthew Ross, and Bridgette Wilson-Sampras. 88 min. Widescreen; Soundtracks: English Dolby Digital 5.1, Dolby Digital stereo; Subtitles: English; audio commentary; featurette; theatrical trailer.