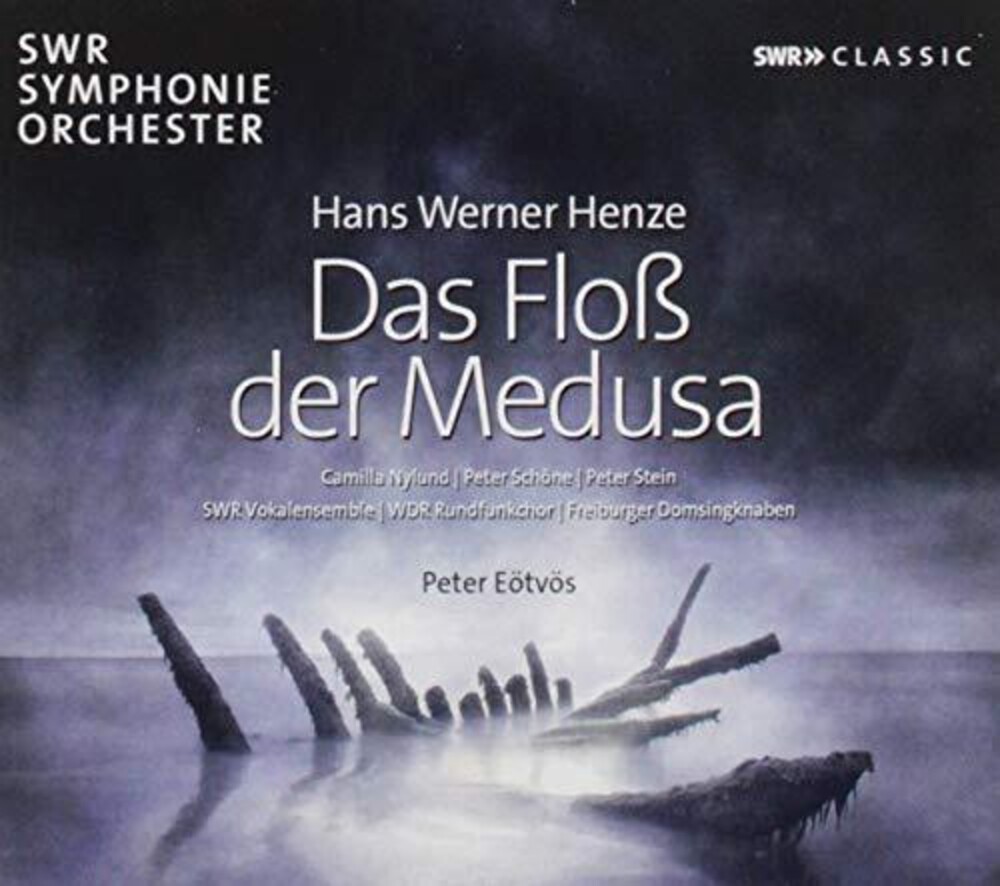 This is the second release ever of Henzes famous Oratorio, after the release of the general rehearsal for the world's first premiere from 1968 by Deutsche Grammophon. Excellent sound technique, first class singers and orchestra (conducted by none other than Peter Eötvös) as well as a booklet containing detailed liner notes and the libretto contribute in making this album a very important testimony about the music of the 20th century. Henze wrote the Oratorio as a Requiem for Che Guevara and set it to a text by Ernst Schnabel. It tells the story of the French frigate Meduse, which ran aground off the west coast of Africa in 1816, immortalized in the painting of the same name by Theodore Gericault. The work employs a large orchestra, a speaker, a soprano, a baritone, and choruses. In the course of a performance, the chorus members move from left side of the stage, "the Side of the Living," to the right side, "the Side of the Dead."