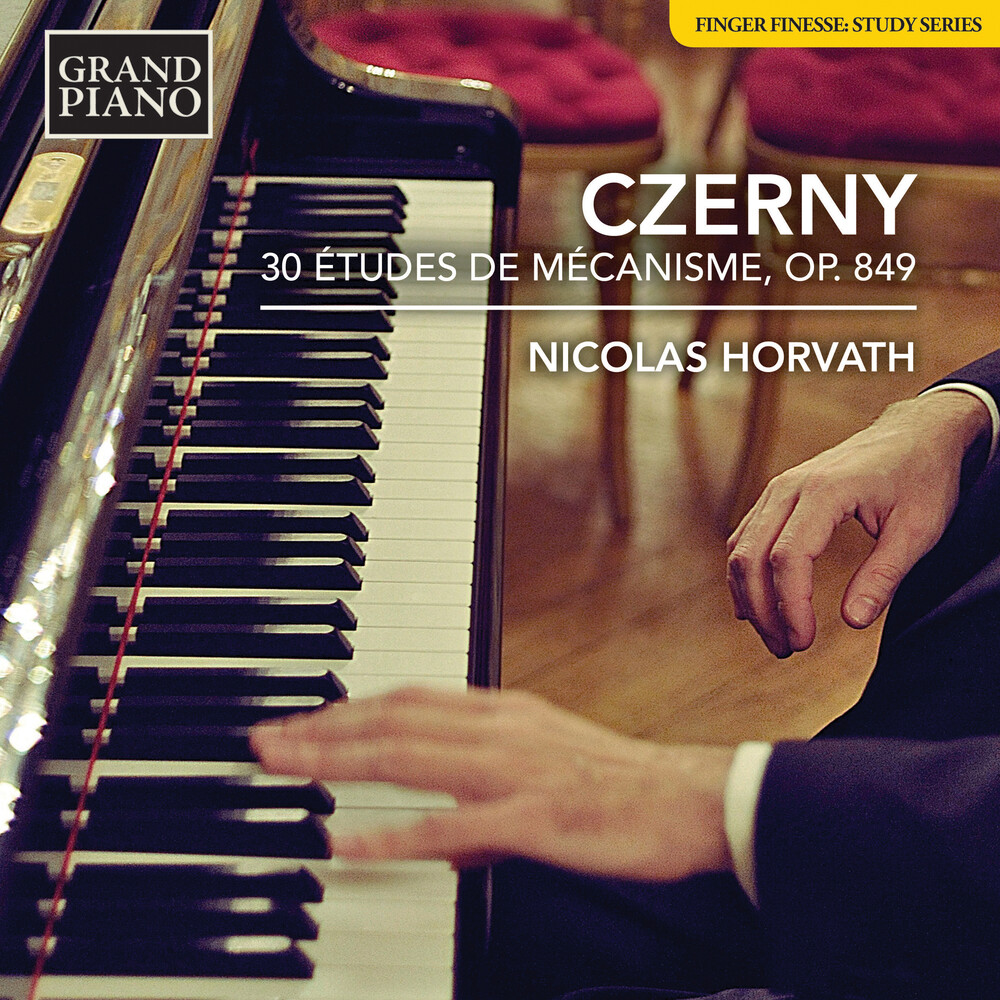 Carl Czerny, a student of Beethoven- whose music remained an inspiration- occupied an important place in the musical landscape of his time as both performer and pedagogue. His own students, such as Liszt, transmitted his teaching principles which were available in a large number of groundbreaking exercises and etudes. Carl Czerny wrote his 30 Etudes de mecanisme, Op 849 ('30 Studies of Technique') at a time of exceptionally high demand for teaching material. The Studies make use of a limited range of keys but are intended as an introduction for students to the 'School of Velocity.' Perfectly placed between his simpler and more virtuosic Studies, Czerny's Etudes have remained in demand to the present day. The works are performed here by Nicholas Horvath, who is known for his boundary-less musical explorations and his enthusiastic promotion of contemporary music.