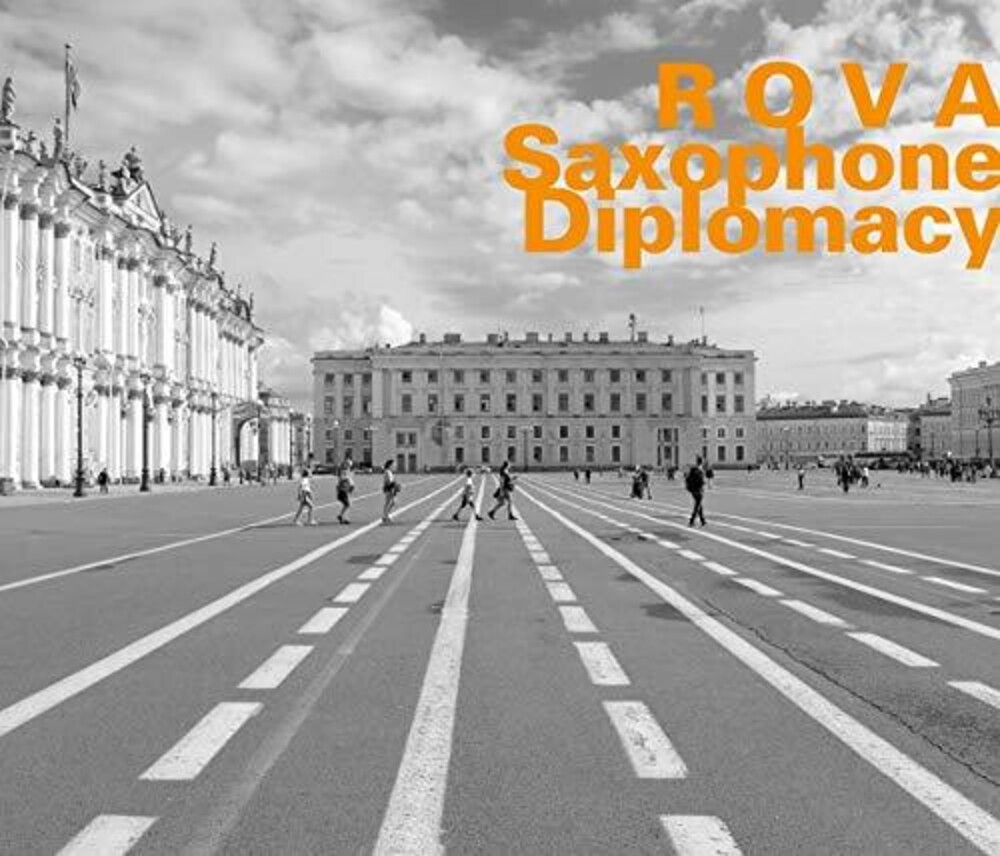 This release features live recordings from the historic 1983 tour of Russia, Latvia, and Romania signaled Rova's talent for musical diplomacy, a boon to whomever they have partnered with. Rova Saxophone Quartet is a San Francisco-based saxophone quartet formed in October 1977. The name "Rova" is an acronym formed from the last initials of the founding members: Jon Raskin, Larry Ochs, Andrew Voigt, and Bruce Ackley. When Voigt left in 1988, he was replaced by Steve Adams, but the group did not change the acronym. The quartet's music was inspired by a broad spectrum of influences, such as John Cage, John Coltrane, Ornette Coleman, Anthony Braxton, Steve Lacy, Charles Ives, Edgard Varése, and Olivier Messiaen. It's debut album, Cinema Rovaté, was released by Metalanguage Records in 1978. Metalanguage was founded in 1978 by Henry Kaiser and Ochs. It showcased Rova as well as many independent artists and produced the Rova Arts Festival in 1980. Rova's tour of the Soviet Union in 1983 was filmed and shown on PBS. In 1985, it became a non-profit organization.