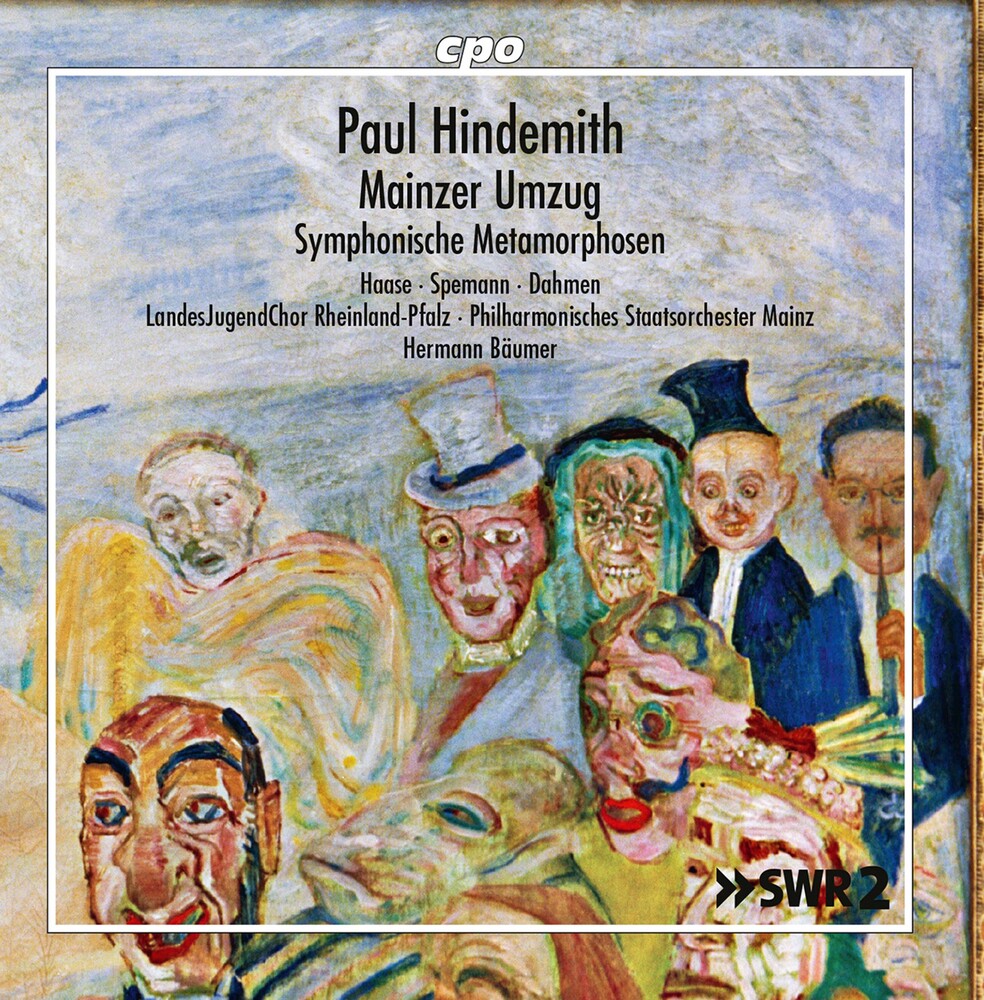 On 23 June 1962, in the Mainz City Theater, Paul Hindemith conducted the premiere of a commissioned work that he had composed together with the writer and dramatist Carl Zuckmayer for the two thousandth anniversary of the former Roman castellum "Mogontiacum." In their Mainzer Umzug the two authors had the city's extraordinarily long history, from the Celts to current times, march before the mind's eye of the public, whose members were delightfully amused by the explanations given by the commentators in dialect and at the end applauded all the participants with tremendous ovations. Despite this success, the Mainzer Umzug has continued to the present day to be a rarity in the catalogue of Hindemith's works. After two repeat performances in Vienna and Berlin, it disappeared into the publisher's archive until the conductor Hermann BĂ¤umer again brought it into public view one and a half years ago. This General Music Director of the Mainz State Theater introduces his most recent cpo release with this practically forgotten parade, continues with the popular Symphonic Metamorphoses of Themes by Carl Maria von Weber and the prelude to the Requiem When Lilacs Last in the Door-Yard Bloom'd, and rounds things off with a stylistically genuine bonus that is an absolute must: the Narrhalla-Marsch with which the military musician Georg Karl Zulehner, one of the founding fathers of the Mainz Carnival Society (MCV), created the Â»theme songÂ« for all female and male Carnival revelers.
back to top