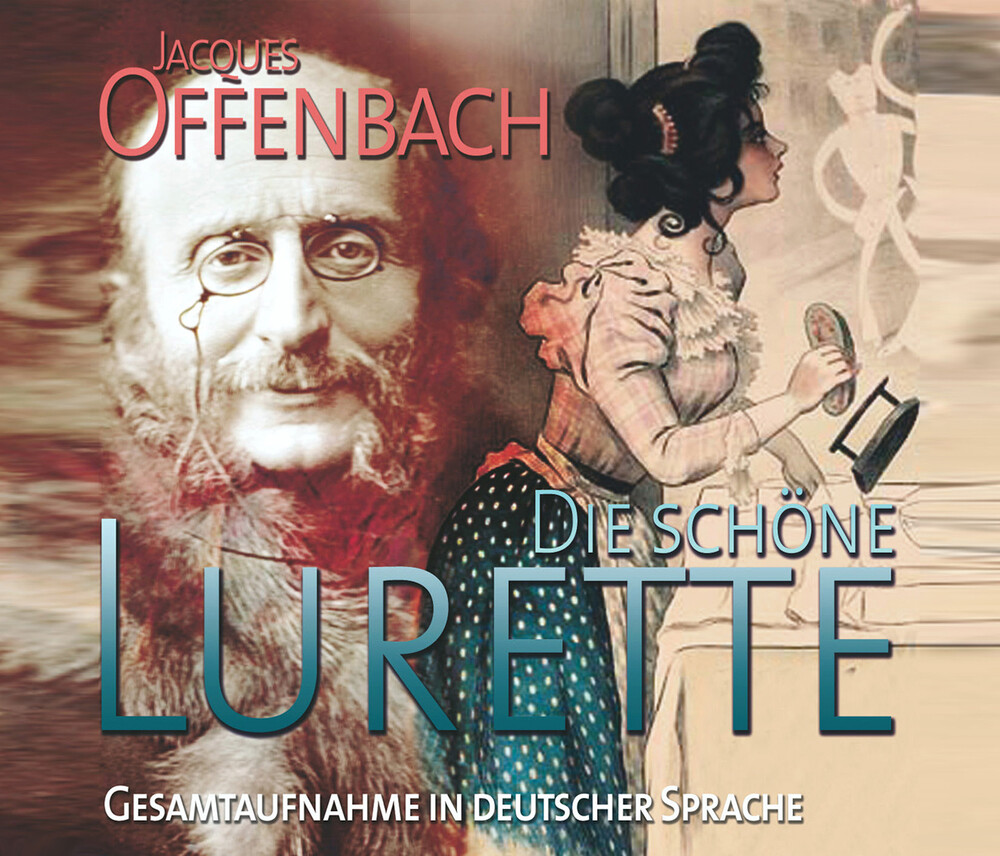 BELLE LURETTE is Jacques Offenbach's last work. He did not get to see or hear the world premiere or that of his fantastic opera "Hoffmanns ErzĂ¤hlungen", which he worked on at the same time. This publication is a recording by Radio Leipzig from 1958. The tapes were only rediscovered in the archive in the summer of 2019 and are thus offered for the very first time on album. The performance features top GDR radio stars, the Grand Radio Orchestra and the Leipzig Radio Choir under the musical direction of Vienna conductor Gottfried Kassowitz, who makes the score sparkle with precision and transparency, yet with great temperament. The arrangement by Walter Zimmer is characterized by subtle interventions and allows all music numbers to be played, with three exceptions. The encore section has been extended to include 10 music numbers from the French O.R.T.F. production of 1965, making it possible to make meaningful comparisons between the original version and the German version. The accompanying text is by Matthias KĂ¤ther, well-known and popular, among other things, for his music broadcasts on Radio rbb Kultur ("OpernfĂĽhrer" and others).