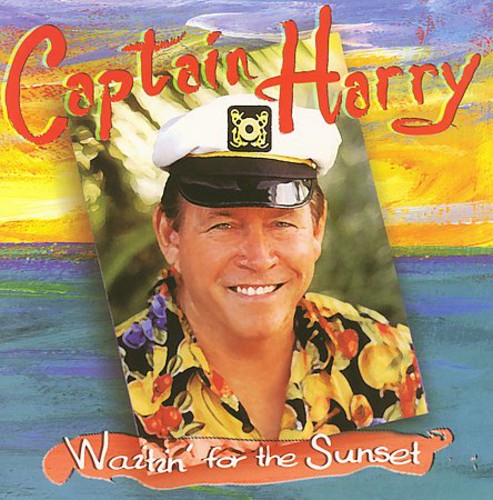 Background: Miami-born Harry Henry Hann is a singer, guitarist and songwriter, whose roots are in rhythm and blues. Growing up in Southern Florida, however, Captain Harry was naturally exposed to the Caribbean-style life and developed a deep love for it's music and people. Review by WorldDiscoveries.Net: From Jimmy Buffet's style, in a light-hearted opening song 'Sweet Spot' to the New Orleans-inspired 'People Dancin' at the Mardi Gras', WAITIN' FOR THE SUNSET holds an unexpected diversity under the 'Caribbean dance' theme, even including a tip of the hat to Dr. John and Professor Longhair. Captain Harry isn't for the pursuer of serious ethnic-rooted Caribbean styles: it's a whimsical, Buffet-like fancy which goes beyond strict Caribbean definition: Goin' Native has it listed on their site as 'Floribbean', but even this limits Captain Harry's scope. So slip on your dancing shoes, take a parrothead bow to Buffet for some of the inspiration, and prepare to meet Buffet's match with Captain Harry's WAITIN' FOR THE SUNSET: it's the closest you'll ever get to Buffet, but it includes unexpected influences from New Orleans and even the rock/pop worlds - up to and including a reggae remake of an oldie.