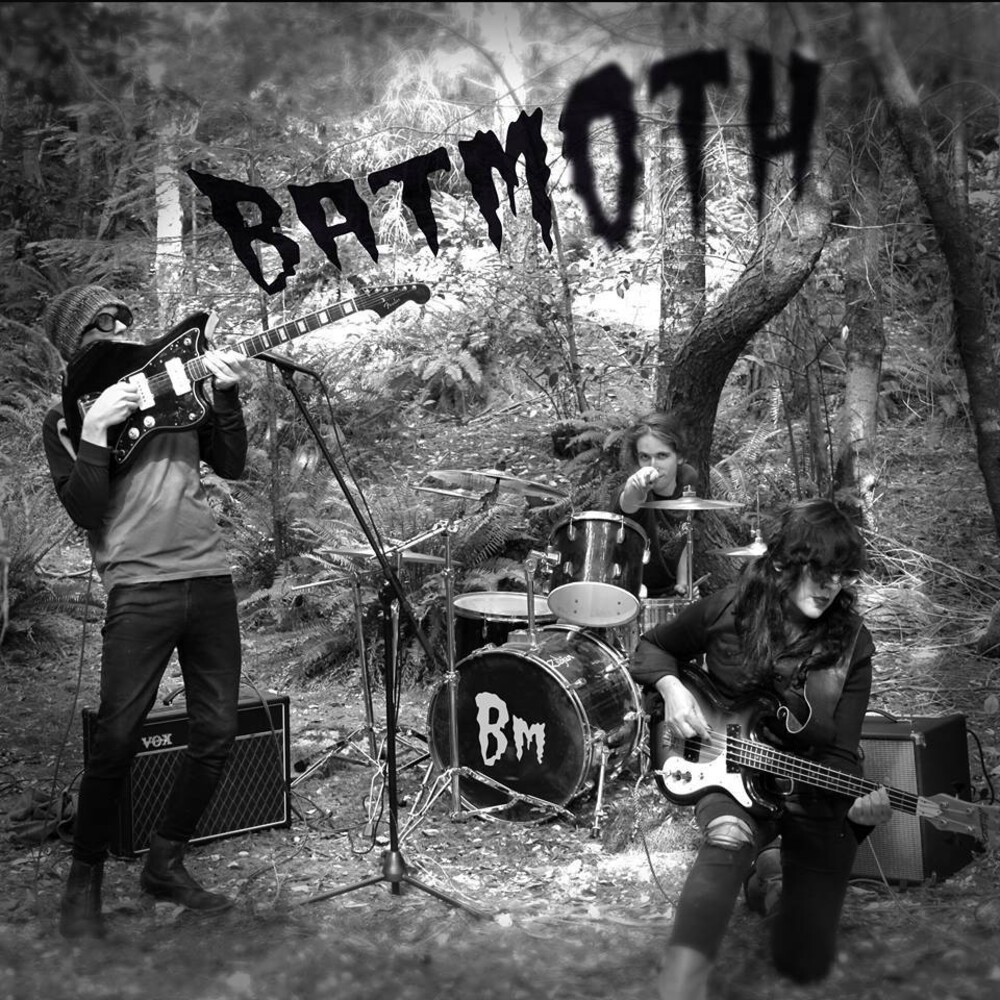 BATMOTH is an original three piece garage rock band from Portland, OR. Brad Hurley from Tennessee on guitar, vocals and lyrics, Camille Rose Garcia from Los Angeles on bass guitar, and Sam Dodd from oblivion's void on the drums. BATMOTH was founded by Brad Hurley while apprenticing for Camille Rose Garcia. Sam Dodd became the first drummer of Batmoth after running into both Camille and Brad along the Smith River in Gasquet, CA. Both "Bones of Brian Jones" and "Ghouls Boogie" were written in Northern California's Redwood Forest in a cabin that Brad lived in during 2017. Brad Hurley's lyrics are written in poetic metaphors of multiple stories blended into a single song. "Bones of Brian Jones" was written about when the curtain is pulled back to reveal shadow aspects of something or someone that you treasure and how your emotions will either treat the circumstances unconditionally or destructive. "Ghouls Boogie" is one of the few songs without lyrics or a vocal melody. It began while the band was improvising and slowly began shaping the characteristics of the songs after the root rhythm was established. "Ghouls Boogie" is usually the finale of live performances and is more common than not that during the last few notes of the song an instrument or three is defaced and crashed against the amps sending the ending of the entire set into feedback.