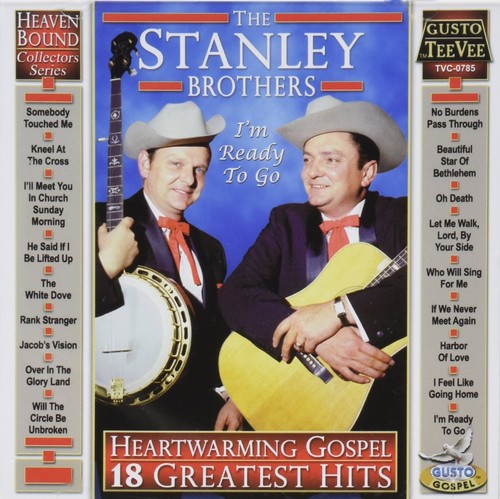 Ralph and Carter Stanley are standouts in that first generation of great, groundbreaking Bluegrass artists. The Stanley Brothers, with Carter's mellow lead vocals and Ralph's incomparable high tenor, set a standard for hard-core mountain Bluegrass music. All of the songs on this edition of the Heaven Bound Collectors Series were recorded on the King or Starday Record labels. Each song was carefully selected by Bluegrass music specialist, Gary Reid. 'Somebody Touched Me' was included on another classic Stanley Brothers' Gospel album in 1961 titled 'Old Time Camp Meeting.' the song is the epitome of Bluegrass Gospel music, and it gives US a Bluegrass players'-eye-view of how it feels to be touched by the Lord when singing Him praises. Traditional favorites never sounded better than when performed by The Stanley Brothers. You'll think you're in Bluegrass Heaven.