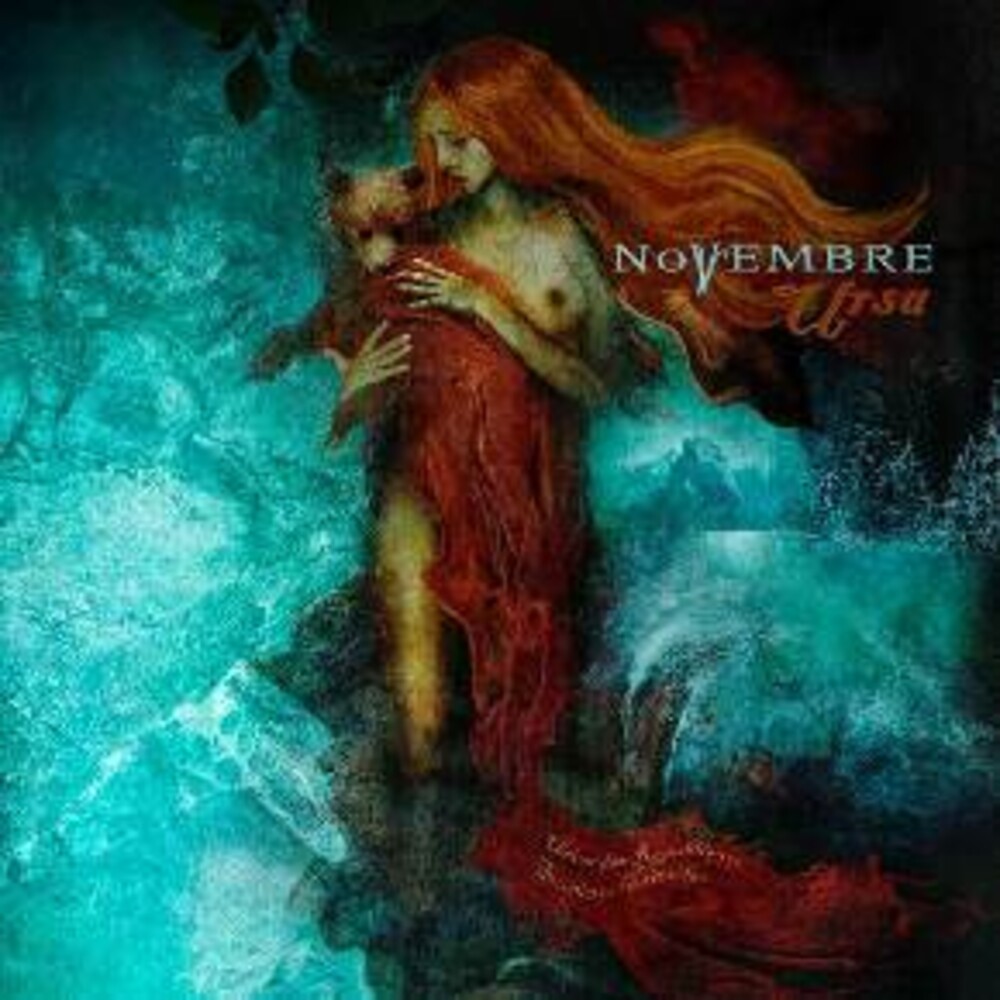 MID-PRICE CD EDITION OF THE 7th OPUS FROM ITALY'S ATMOSPHERIC DEATH/DOOM METAL PURVEYORS. After a period of inactivity since 2007's 'The Blue', which involved the departure of longstanding member Giuseppe Orlando, Novembre returned in 2016 with 'URSA'; a set of potent and poignant tracks, effortlessly transitioning between soothing, epic, melancholy and intense, from what is one of the originators of the whole atmospheric death/doom scene. Headed by founding member and writer Carmelo Orlando, and with a reinvigorated musical alliance with Massimiliano Pagliuso, the line-up was completed by Fabio Fraschini (previously bassist on the 'Materia' album), and David Folchitto on drums. There is also a special guest appearance from Anders NystrĂ¶m of the Swedish Doom masters Katatonia, adding his own unique 'cold' touch to the album's single track "Annoluce". The album title, 'URSA', (the acronym for "Union des RĂ©publiques Socialistes Animales"), was the title initially chosen for the French translation of George Orwell's masterpiece novel 'Animal Farm'. Lyrically and conceptually the album is a statement against the squalor of this Orwellian apocalypse we're committing towards the Earth and it's sons, with indifference daily. 'URSA' was recorded at Blue Noise Studio, and PlayRec studio by Massimiliano, then mixed and mastered at Unisound Studios by Dan SwanĂ¶ (Opeth, Katatonia, Bloodbath), cover art comes courtesy of Travis Smith. The seeds of Novembre were originally planted in September 1990 in Rome, Italy by the brothers Carmelo Orlando (guitars and vocals) and Giuseppe Orlando (drums). Then known as Catacomb, their early recordings of unusual gothic doom metal were to quickly gain the band interest. It was around 1993 that the brothers decided that a name change was in order, and Novembre was born, evolving into one of the premier European atmospheric doom bands. This mid-price CD edition of 'URSA' is presented in digipack packaging complete with a 12-page booklet