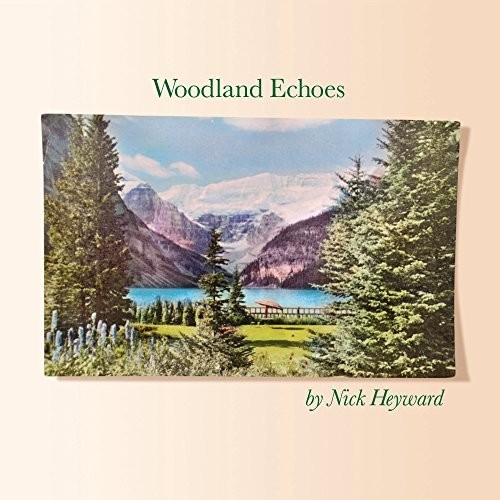 2017 album from the British singer/songwriter best known as the frontman for Haircut 100 and his solo success in the '80s and '90s. Woodland Echoes is his first solo album in 18 years. Recordings for what would become Nick's ninth album started in his son Oliver Heyward's studio, continued in award-winning producer and engineer Ian Shaw's boat-studio in Key West, Florida and were completed back in the UK at The Who and Oasis' drummer Zac Starkey's recording studio. The album was affected by Florida's abundant beauty and Nick's passion for the natural world, making Woodland Echoes an album of exceptional warmth and intimacy, that sounds - as he says - "like it should be on vinyl". Woodland Echoes represents the masterful culmination of the last ten years of Nick Heyward's solo career, drawing together the strength of his expertly crafted songwriting and gifted lyricism.