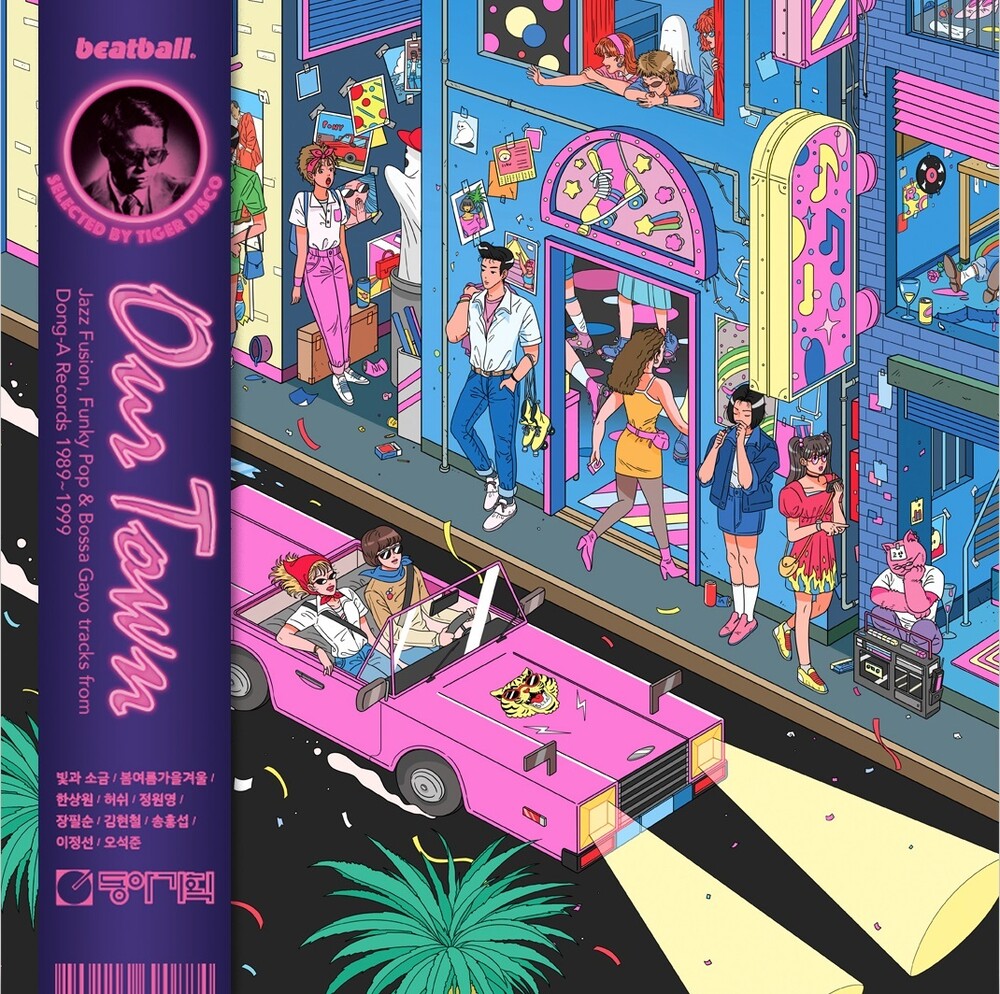 The recent resurgence in the popularity of city pop, to the point where it appears to have carved out a central position in digger / listener culture, is a rather intriguing phenomenon. To begin with, the term 'city pop' itself was more of a marketing slogan, pointing to 'music with urban sensibilities' targeted toward consumers aspiring to urban life, rather than a descriptor of some particular music style or genre. Neither was the term widely used during the 80s, the historical peak of the style's popularity. On the contrary, it appears to have been rediscovered and redefined amid the 'new-tro' vogue of the late 2000s, driven by the nostalgia of those who grew up during the 80s. The important elements of 'city pop' have more to do with the sensational and affective descriptors associated with the term itself - such as sophistication, relaxedness, comfort, freshness, dynamism, elegance, radiance, sweetness, as well as the splendor and romanticism associated with the city. The underlying appeal of retro stems from the desire to experience and enjoy things from before one's own time. This is not unconnected to the popularity of 'cool kitschy' subcultural trends like vaporwave or future funk. So, there's nothing surprising about today's youths digging through well or lesser-known Korean gayo records from the early / mid 90s featuring AOR, jazz fusion, or funky styles. Likewise, the artists that are mentioned under the keywords of 'Korean City Pop' - names like the Yoon Soo-il Band or the City Kids, Lee Jae-min, Bom Yeoreum Gaeul Kyeoul, Kim Hyun-chul, Yoon Sang, Jang Pil-soon, Bitgwa Sogeum, Yang Soo-kyung, Nami, and Lee Eun-ha - are not unfamiliar. Though their popularity might have been short-lived at the time, their music featured soft saxophone parts, lively rhythms, delicately-crafted harmonies, and beautiful melodies. These make for a fusion sound that is particularly well-suited for the tastes of today. It is worth appreciating that the 90s, by which time the waves of American AOR and Japan's city pop had faded away, was a golden age for Korean gayo. So, it's quite rewarding and enjoyable to rediscover and listen to tracks that are well worth another spin after all those years. Amid this process of rediscovery, one of the recurring names is 'Dong-A Records' - an artist-driven label that has left a distinctive mark on Korean pop music. It rose to become the 'Mecca of Korea's underground music' thanks to it's unique beginnings, sense of orientation, and production / promotion methods that set it apart from the usual record labels and entertainment agencies. Consider some of the mainstays of the label's roster - there's a long list of illustrious artists including Deulgukhwa, Shi-in-gwa Chonjang (Poet and Chief), Cho Dong-jin, the Shinchon Blues, Han Young-ae, Kim Hyun-shik, Pureun Haneul, Kim Hyun-chul, Bom Yeoreum Gaeul Kyeoul, Bitgwa Sogeum, Jang Pil-soon, Park Hak-gi, and Lee Sora. Although Bom Yeoreum Gaeul Kyeoul did score a latter-day hit in 2002 with 'Bravo, My Life!', the true heyday of Dong-A Records was a short-lived period that lasted from the mid-80s to the early-90s. Regardless of whether some of the works achieved commercial and/or popular success, all albums were produced to high musical standards. Building on the individuality and talent of the artists on the roster, each of the works produced at Dong-A employed capable session musicians and were recorded meticulously. And among this body of work, there have been a number of tunes that did not fade away with the passing of the years, but have remained like sparkling gems strewn across the sandy beaches of time. Such are the tunes that have been carefully collected into this compilation album. The 10 tracks were selected by the multi- talented Tiger Disco, who has made his name amid the retro resurgence as a DJ specializing in funk / disco gayo from the 80s.