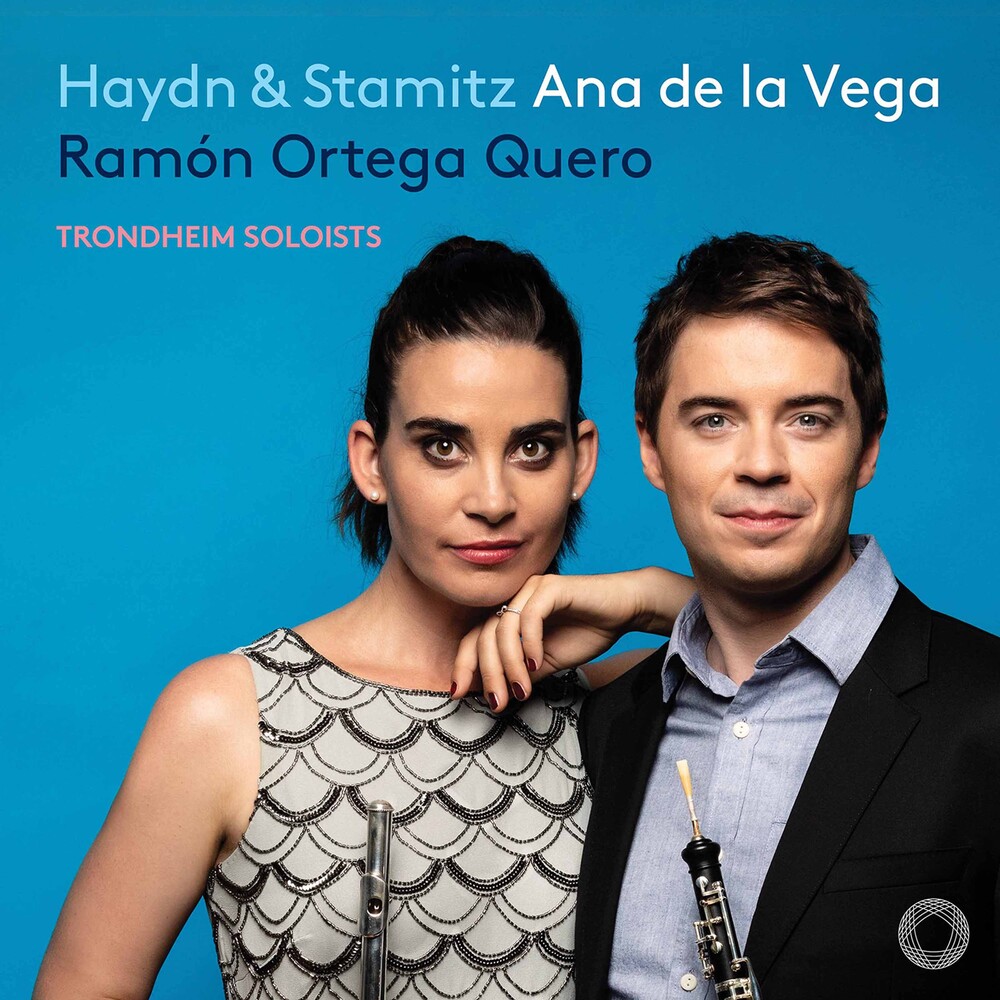 Flautist Ana de la Vega teams up with two-time ECHO award-winning oboist Ramón Ortega Quero and the Trondheim Soloists on her second PENTATONE album, to explore the intricate and unique relationship between flute and oboe in concertos by Joseph Haydn and Carl Stamitz. The programme consists of two concertos Haydn originally designed for two lire organizzate, as well as Stamitz's concerto for flute, oboe and orchestra in G Major. The recording also features the latter's vibrant and virtuosic but rarely recorded Flute concerto in D Major, which offers some of the finest writing for flute of the entire Classical era. Ana de la Vega expands her PENTATONE discography after her acclaimed debut album with concertos by Mozart and Myslivecek. She works together with Ramón Ortega Quero as well as the Trondheim Soloists, whose album Transfigured Night with Alisa Weilerstein was released on PENTATONE in 2018.