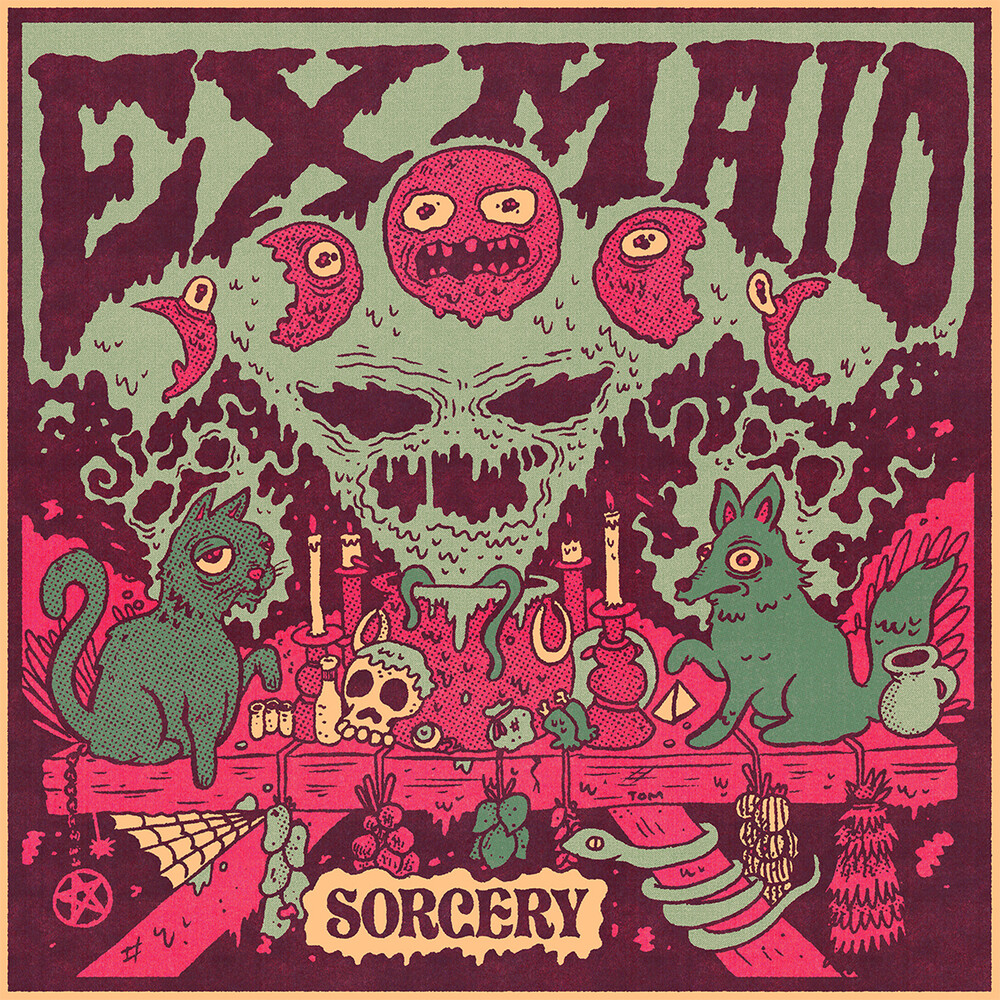 The album Sorcery is largely about the inexplicable and otherworldly connections we can feel with one another," Exmaid lead singer and guitarist Miranda Taylor admits, "and about relationships beginning and ending." Exmaid began as a songwriting vehicle for Miranda Taylor with the three members of post punk band Psychic Teens backing her. On "Sorcery," the band composed ten songs together resulting in a more cohesive session than with their 2018 debut "Fair Sex." With writing happening during tumultuous times in both Larry Ragone (guitarist) and Taylor's personal lives, they agreed to be as open with each other as possible and use these songs to work through their shared experiences. The album title "Sorcery" came into existence due to this connection and the coincidences that came up during songwriting. Throughout the duration of the album, there are musical and lyrical through-lines that both tell a story, and show off Exmaid's varied sonic abilities. Reverb-soaked guitars and vocals are reminiscent of both the post punk and shoegaze influences of Ragone while also drawing from the British folk obsession of Taylor. Those sounds merge with their more fast-paced songs that pull from both 70s proto-metal and 90s indie rock. With the writing of "Sorcery" being catalyzed by personal and shared experiences between Ragone and Taylor, the two have chosen to make this the debut release on their own label "Bangs and Burns." "This record is important to us," says Taylor. "The thing I want people to take from this record is that your feelings are valid and your experiences are real and important.