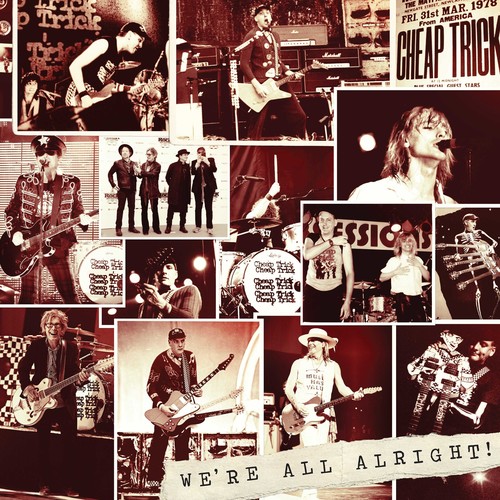 Cheap Trick's 18th studio album, WE RE ALL ALRIGHT! was co-produced by the band and their longtime collaborator, GRAMMY® Award winner Julian Raymond (Glen Campbell, Fastball). The album will be available in standard and deluxe editions, with the latter including three additional bonus tracks, among them a kaleidoscopic cover of The Move s Blackberry Way.