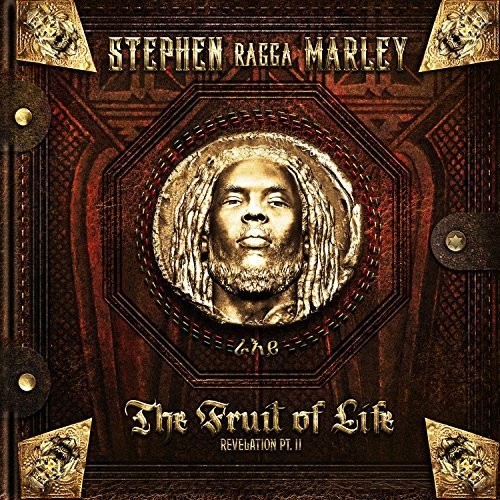 Stephen 'Ragga' Marley is the second eldest son of reggae legend Bob Marley and Rita Marley. He was raised in Kingston, Jamaica and started singing professionally at seven-years old with his elder siblings Ziggy, Sharon and Cedella as The Melody Makers. The singer, songwriter, musician and producer has consecutively landed #1 on the U.S. Billboard Reggae Album Chart for all of his solo albums and has earned a total of eight Grammys for Best Reggae Album. He won this accolade as a solo artist for Mind Control, Mind Control Acoustic and Revelation Part I: The Root of Life, as producer for Damian 'Jr. Gong' Marley's Half Way Tree and Welcome To Jamrock, and as a member of Ziggy Marley & The Melody Makers for Conscious Party, One Bright Day and Fallen Is Babylon. The multi-talented artist has been steadily releasing music since his last album Revelation Part I: The Root of Life (2011) and is gearing up for the release of Revelation Part II: The Fruit of Life. Stephen Marley continues to share his incredible musical legacy with adoring fans across the globe.