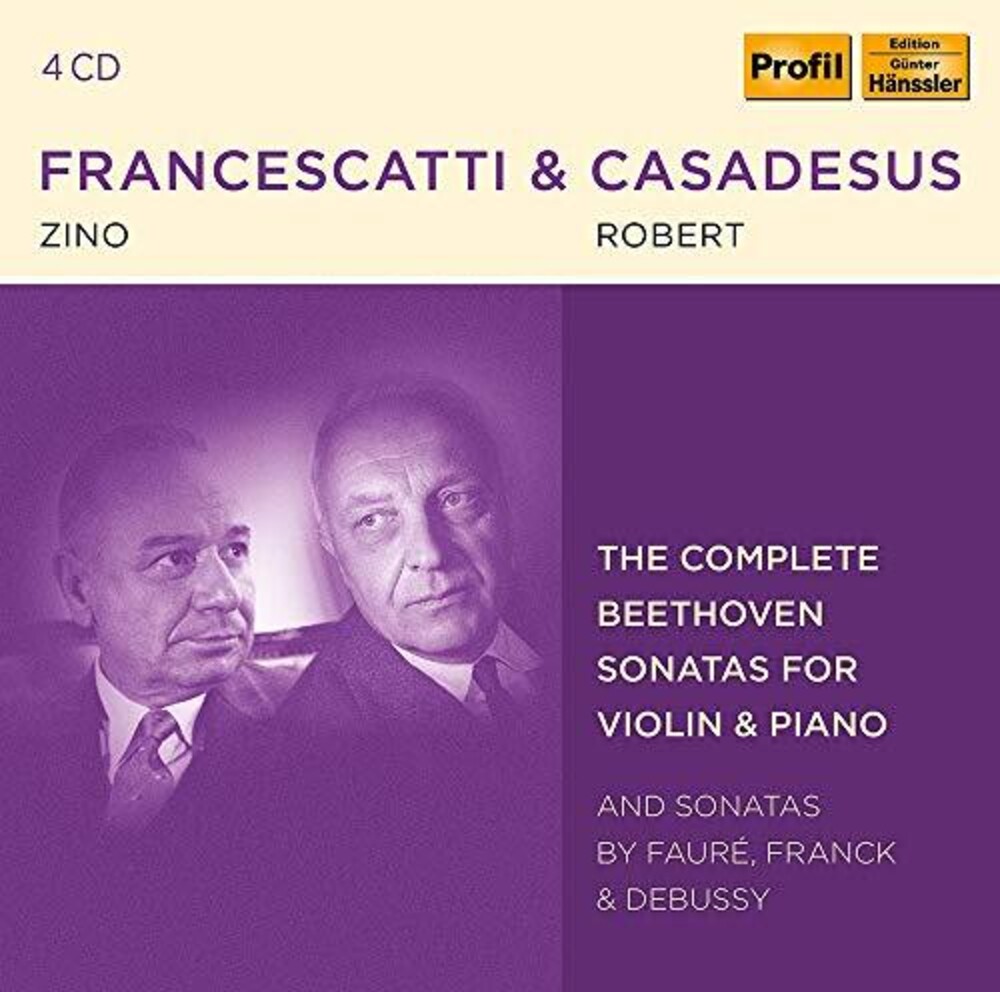 It is very rarely in the music world that two artists who have each had an impressive international solo career go on to form a partnership of equals. The collaboration between Zino Francescatti and Robert Casadesus is well documented in a series of what are still considered exemplary recordings - and it was one such rare, and serendipitous, partnership. Casadesus (1899 - 1972) came from a versatile French family of musicians and was taught by the same Parisian teacher as Gabrielle (Gaby), his future wife and frequent duo partner. He gained world renown in the 1920s when he toured all five continents. Casadesus and his family fled the Nazi regime in Europe and settled in Princeton, New Jersey between 1942 and 1946. It was during that time that he had his auspicious musical encounter with Zino Francescatti (1902 - 1991) who, like him, came from a family of active musicians. Francescatti was also hailed as a child prodigy and had already excelled as a 10-year-old playing Beethoven's Violin Concerto. He arrived in the United States in 1939 and, once the war ended, divided his time between living in France and the United States. In 1987 Francescatti launched an international violin competition in Aix-en-Provence, which he financed by selling his 1727 Stradivari. Like Casadesus, Francescatti had a close affinity with the music of Maurice Ravel, and their recordings of music by French composers in particular (alongside the big classical works) helped raise their compatriots' works to benchmark level.