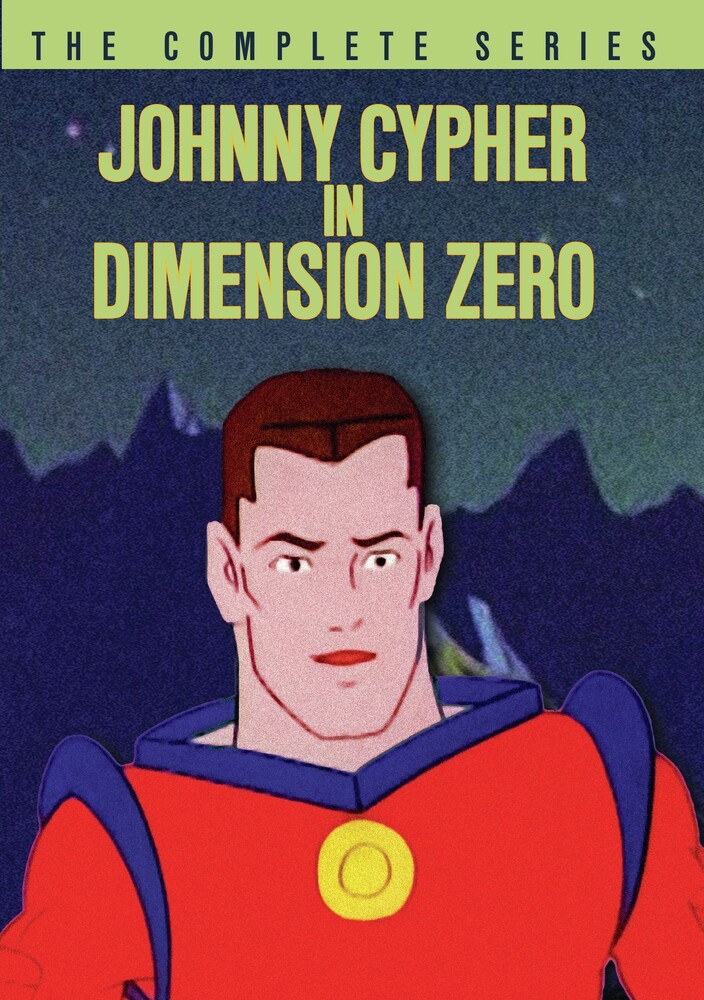 Johnny Cypher, brilliant scientist of the future, becomes humanity's greatest hope for survival when he discovers the incalculable power of Dimension Zero, an indestructible force which enables him to travel through time and space in superhuman form. Hovering above Earth in his space satellite, Johnny maintains his space vigil with the aid of his beautiful assistant, Zena, and a friendly Martian named Rhom. Together, they ward off all attempts to destroy and plunder Earth, halting attacks from other planets. Each action-packed astro adventure in Dimension Zero is supercharged with space suspense and futuristic fun! From the American team behind Felix the Cat and The Mighty Hercules comes this pioneering series of science-fiction action-adventure, a unique combination of space-age superheroics and early Japanese anime. Behold The Eye of Ramapoor, Menace of Maroo, The Incredible Spongeman! You'll gasp, you'll laugh and you'll never forget the amazing adventures of Johnny Cypher in Dimension Zero.