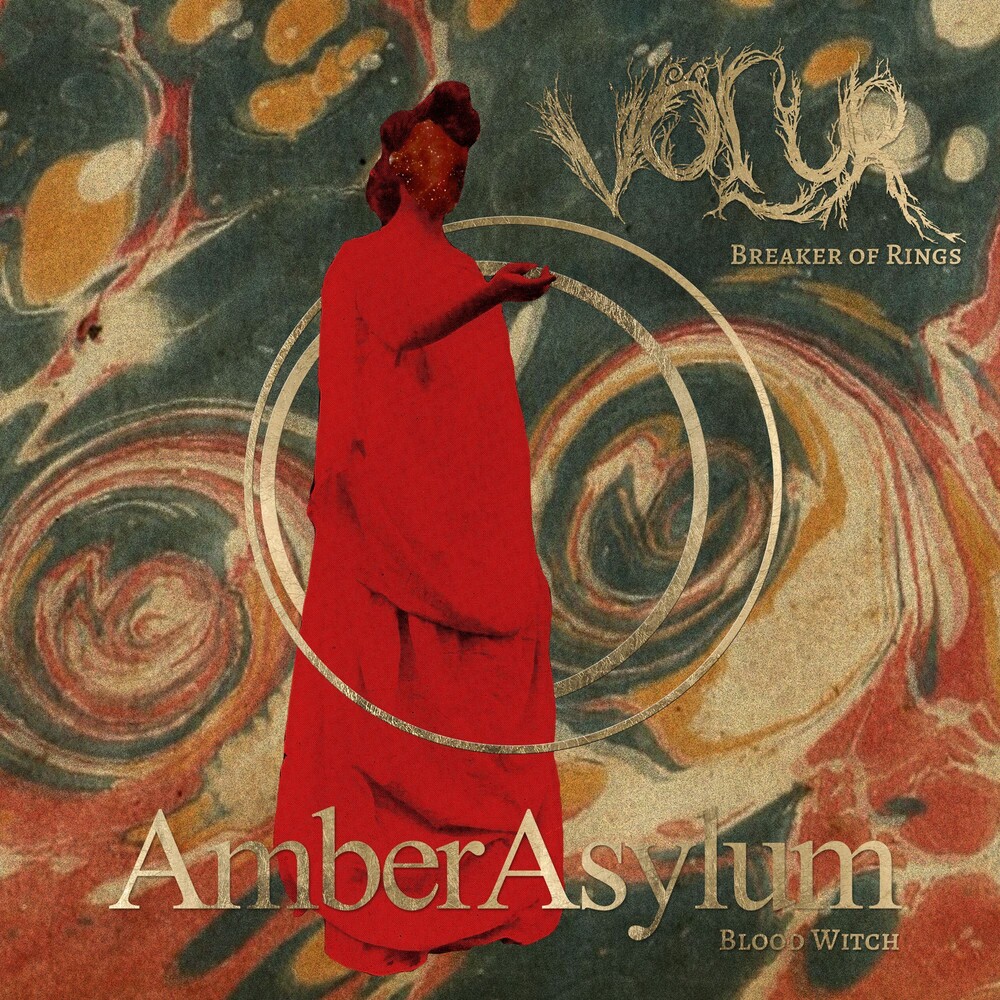 Doom experimentalists Völur from Toronto and San Francisco's ever-mercurial neo-classical ambient collective Amber Asylum team up for the split release "Breaker Of Rings/Blood Witch." Both artists are driven by the vision of creating dark and heavy music built around the use of strings, yet differ in approach while beautifully complimenting one another on this release. On the a-side, Völur tell a story of alienation and trauma, a warrior's introspective hell and disability to resonate with a reality past battle. Expanding their style into radical musical niches such as funeral doom and 12-tone music, the tracks are inspired by "the Niflung cycle from the Poetic Edda, the aftermath of battles and the toll violence takes on the psyches of alleged heroes" according to bass player and singer Lucas Gadke. The material was originally conceived as one track for the trio's first album "Ancestors" (2017) but shelved "due to it's length and energy. The middle contains a piece written for a string quartet in the style of Alban Berg." Thus, "Breaker Of Rings" places the band somewhere between funeral doom and a horror movie soundtrack. Amber Asylum's b-side is a morbidly beautiful story of disease and it's victim, initiated by penetration of a female mosquito as the metaphorical "Blood Witch." Surrealistic string arrangements and voices of eerie presence enriched by relentless analog synths are painting distinctive images of discomfort and beauty, delirium and devotion, anguish and ultimate acceptance. Band leader Kris Force says the four songs are based on "early 20th century Indian love lyrics and feature performances by Grayceon's Jackie Perez Gratz on cello as well as bassist Erica Stoltz from Sanhedrin. I wanted to create something in my own voice yet sharing the same vibration as Völur's side of the split." In true Prophecy spirit, "Breaker Of Rings/Blood Witch" unites like-minded artists who share a similar vision but find very different expressions of it. If you dare to dive into these sonic seas and the depths they offer, you will find yourself in an alternating bath of joy and despair