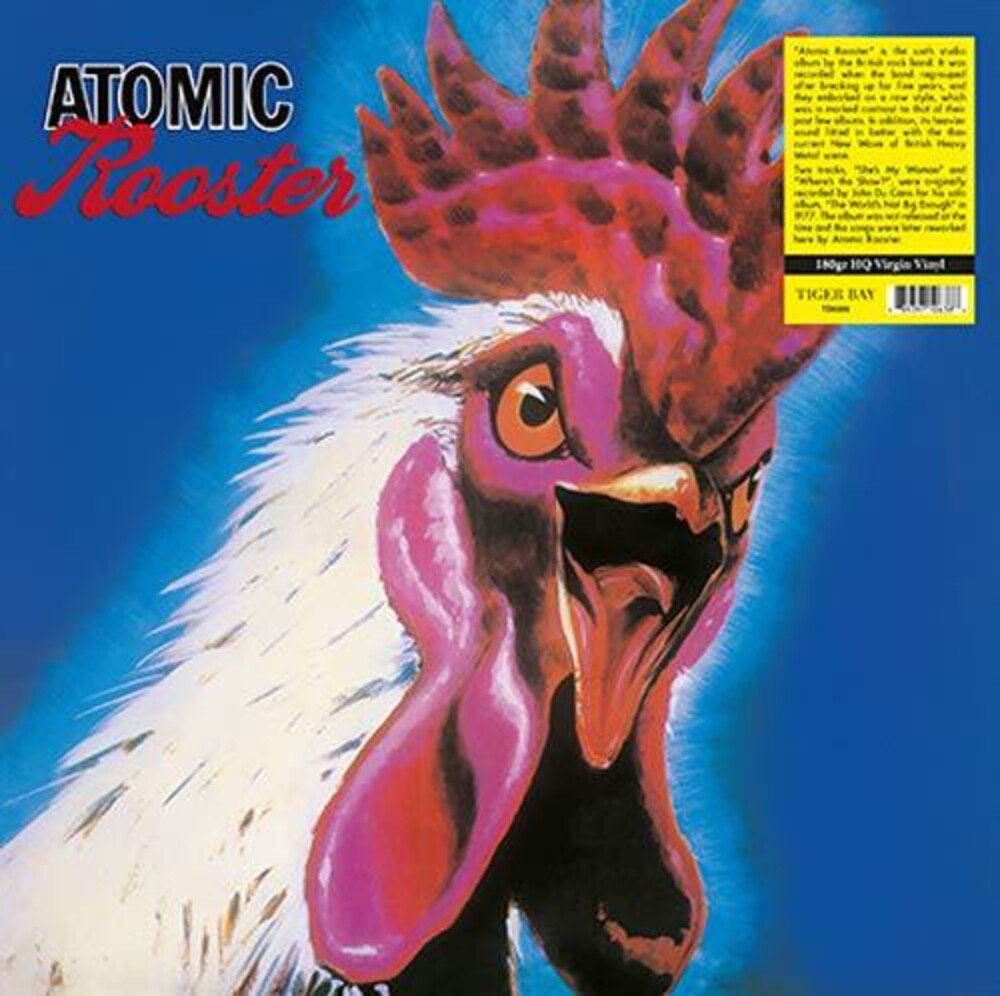 Vinyl LP pressing. Atomic Rooster is the sixth studio album by the British rock band. It was recorded when the band regrouped after breaking up for five years, and they embarked on a raw style, which was in marked contrast to that of their past few albums. In addition, it's heavier sound fitted in better with the then current New Wave of British Heavy Metal scene. Two tracks, 'She's My Woman' and 'Where's the Show?', were originally recorded by John Du Cann for his solo album, 'The World's Not Big Enough' in 1977. The album was not released at the time and the songs were later reworked here by Atomic Rooster.