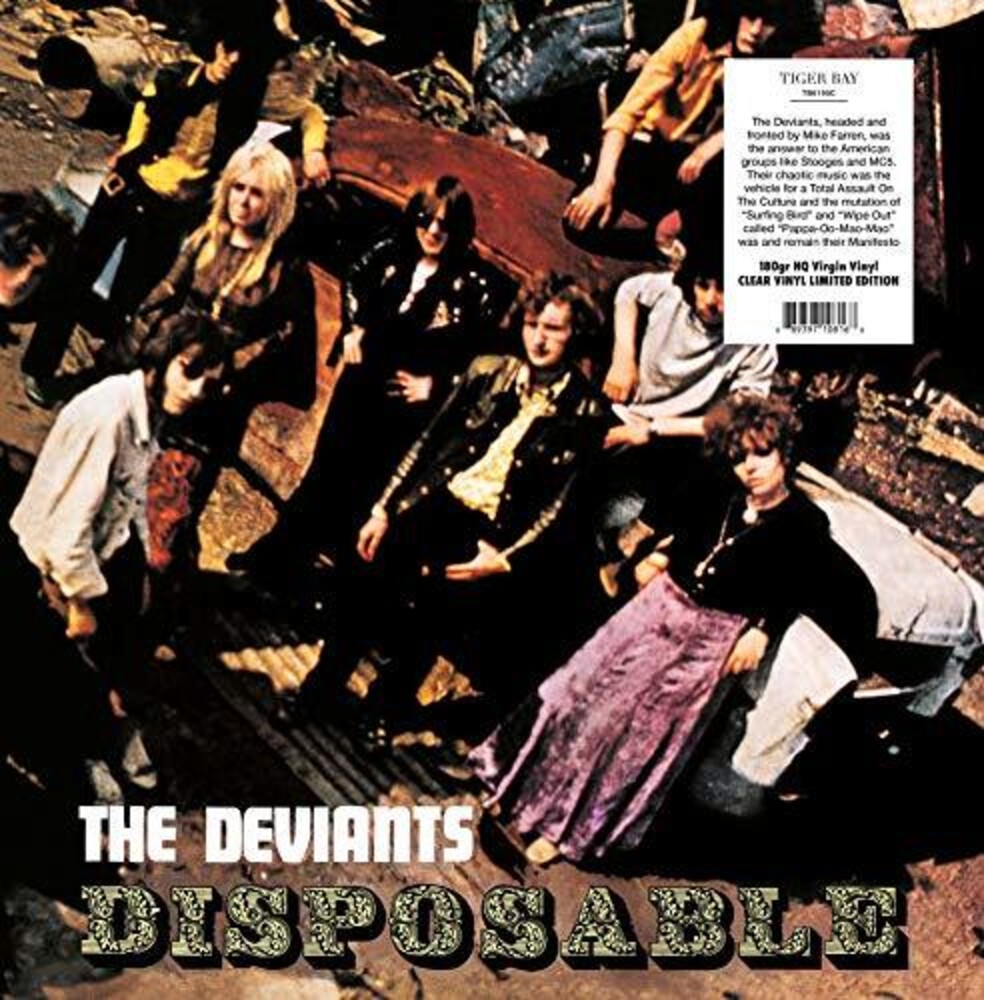 Vinyl LP pressing. Disposable is a 1968 album by the UK underground group The Deviants. Late band leader Mick Farren stated that The Deviants were originally a community band which "did things every now and then-it was a total assault thing with a great deal of inter-relation and interdependence". Musically, Farren described their sound as "teeth-grinding, psychedelic rock" somewhere between The Stooges and The Mothers of Invention. The Deviants have been described as a transition between classic British psych and the punk/heavy metal aesthetic of the 1970s.