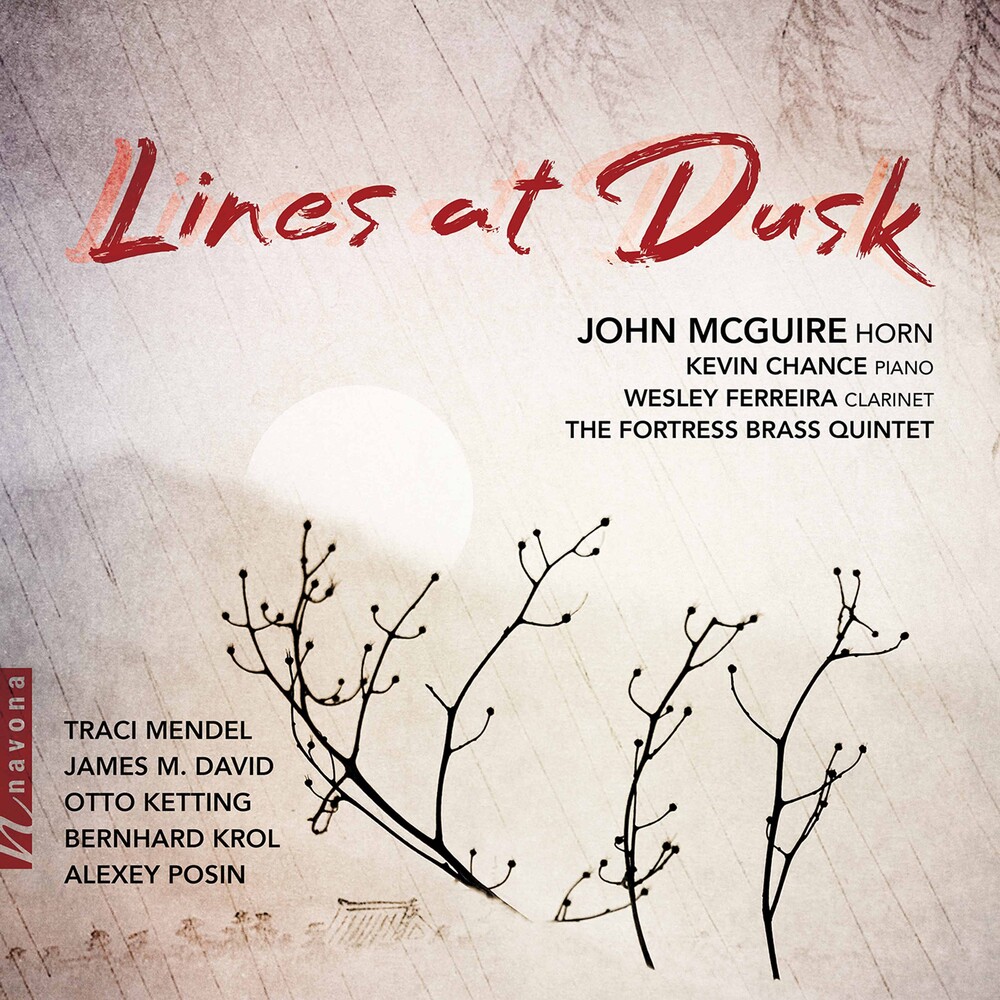 On LINES AT DUSK, acclaimed hornist John McGuire presents seven pieces, written by a variety of composers, with performances that are at once deep and expansive. The three movements of Landscapes, Series II, inspired by Japanese landscape paintings and woodcuts, travel from the dangerous mountains through the tranquility of the countryside and the bustling energy of a large city. It closes with an extended coda, with longer note values and a more sustained piano part that indicates a return to a calmer, more serene environment. Beginning with Landscapes, Series II and throughout the album's next three selections, McGuire is accompanied by pianist Kevin Chance. The duo's performance on the programmatic Lines at Dusk: Hymn to the Rising Moon, which was inspired by two of Percy Bysshe Shelley's poems, effectively utilizes harmonic color to convey atmosphere as well as emotion. Nocturne was written by Traci Mendel for horn and piano for McGuire's birthday in 2000. Embedded in the chords is the opening melody from Strauss's Horn Concerto No. 1, which McGuire was working on at the time. The piece's solemn, almost foreboding pace belies the composition's celebratory inspiration. On Bataque, McGuire and Chance are joined by Wesley Ferreira, one of the prominent clarinetists of his generation. "Bataque" refers to a genre of music and dance associated with coastal West Africa and Brazil, and this two-movement composition explores the heterophonic and call-and-response techniques of the genre. The first movement focuses on the tuneful melodies performed by the kantaderas (singers) while the second, more energetic movement captures the complex polyrhythms of the batukaderas (drummers.)