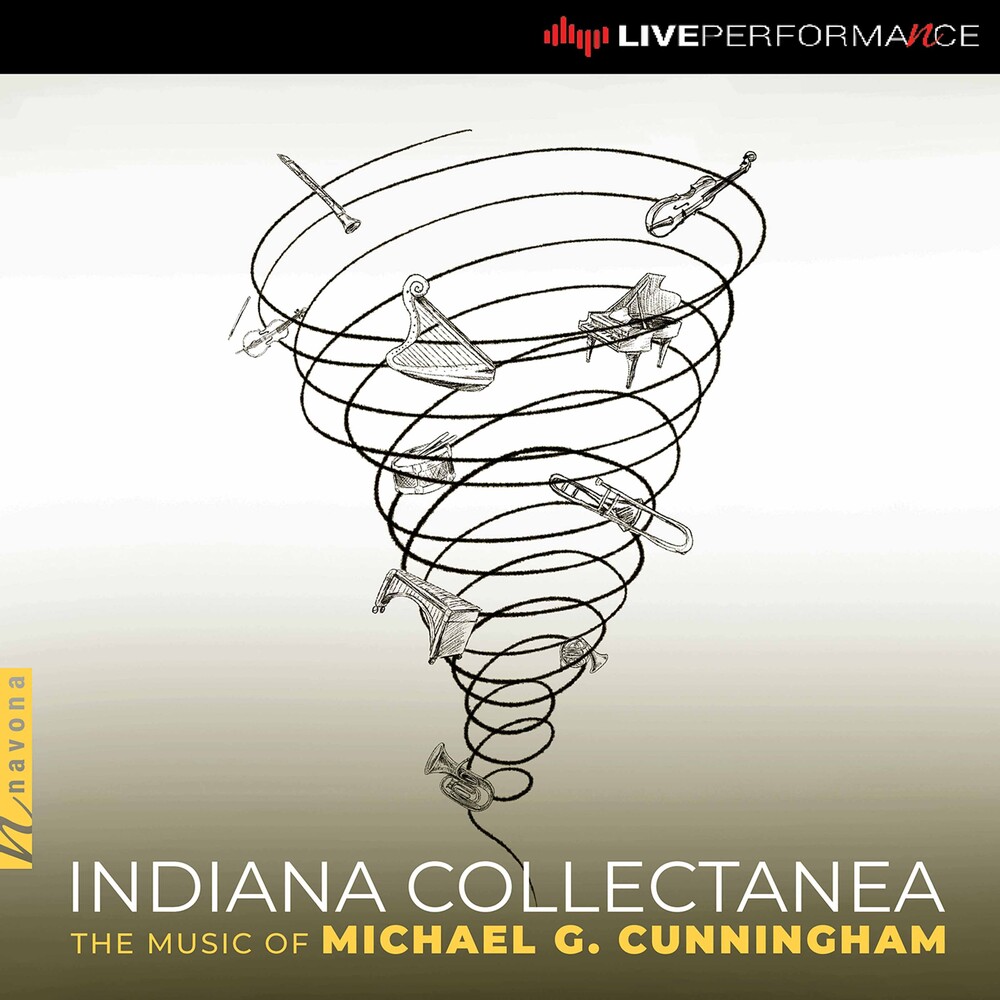 Navona Live is proud to announce the release of INDIANA COLLECTANEA, which celebrates and preserves composer Michael G. Cunningham's residency at Indiana University School of Music from 1969-1973. This live recording of Cunningham's work comes on the heels of his acclaimed album ECUMENICAL SPIRIT from Navona Live earlier this year. This latest release captures a significant moment in time, when Cunningham's work helped channel the talents of 30 burgeoning musicians. In INDIANA COLLECTANEA, Cunningham expands his palette beyond traditional tonality, painting with chromatic, timbral, and rhythmic nuances. The work opens with Prisms, a four-movement piece in which dense tone clusters shift and refract among the strings like a kaleidoscope. This is followed by Polyphonies, a wild-eyed percussion piece that manipulates instrumental timbres to an exhilarating effect. As the album progresses, each piece is a surprise to the listener's ears, with it's unique assortments of instruments and sounds jolting the audience into new appreciation. The frenetic horns at the start of Concertant are further evidence of this. The penultimate track, Scenario, is particularly inventive, opening with a prelude of ethereal bells. Each musician is assigned to multiple instruments, showcasing both their own skills and that of their composer. Lastly, the album ends with the dramatic Noetical Rounds, which concludes with a soft, descending glissando into oblivion. Despite the decades that have passed since the performances on INDIANA COLLECTANEA, each piece is as startlingly fresh as it was the day of it's performance. Listen to hear this collection of talented musicians pushed to their utmost by the challenging and thoughtful compositions of Michael G. Cunningham.