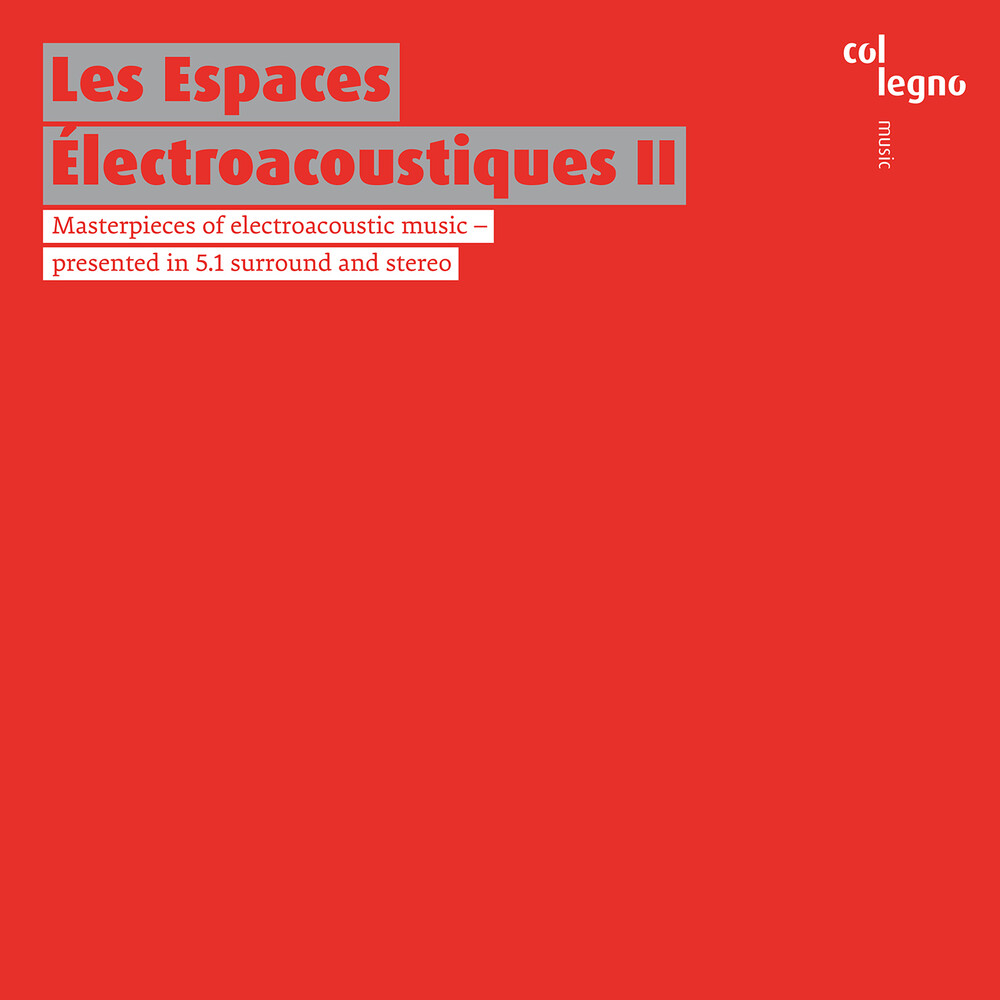 The idea of studying performance practice aspects of important 20th century electroacoustic compositions and using this as the basis for the production of a new interpretation in 5.1 SS, has created quite a stir. It originated at the Institute for Computer Music and Sound Technology (ICST) at the Zurich University of the Arts, and found it's expression in the double SACD Les Espaces E'lectroacoustiques I. - This album now brings us further milestones of electro- acoustic music in appropriate and informed renditions: from Luigi Nono's first studio work, to the production of serial electronic sounds, which Gottfried Michael Koenig carried out at the WDR studio in Cologne as early as 1955, and on to Karlheinz Stockhausen's piece Kontakte, an early example of successful dialogue between instruments and electronics, as well as Luciano Berio's Altra Voce, a kind of echo of the "azione musicale" Cronaca del Luogo, which premiered at the Salzburg Festival in 1999.